'fake News' Is Going To Be A Challenge For The Next Govt Of Uganda! 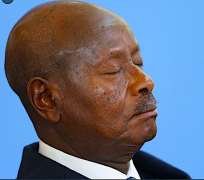 The state is a microcosm of the nation, and I think one of the biggest challenges facing the next government of Uganda is the control of fake news on the internet. Social media, particularly, has been used to create and disseminate fake news. This has contributed to a dangerous regime of misinformation that has undermined almost everything we stand for in our country. The Internet and social media allow disinformation campaigns to be created immediately through automated accounts, fake profiles, bots or “army of trolls” shared over digital platforms. For instance, for the past three years, I have been personally announced dead three times and it caused a lot of stress to my family members. I have been unfairly linked to pseudo accounts on Facebook by Andrew Mwenda and others, and no law can severely punish such people. All of these actions and actors form an artificially inflated engagement (based on likes, comments, shares), that leads to the necessity to identify and combat the disinformation from a multi-layered perspective.

In the last three years, we have seen an increase in fake news that is intended to boost the image of Hon.Sentamu Kyagulanyi. This was the case during Kenya’s 2017 general elections when the ruling Jubilee party employed Cambridge Analytica, a UK-based public relations company, to boost its electoral prospects. The company was later accused of populating social media and using bots to create and circulate fake news.

Don’t get me wrong, I’m not against freedom of expression but the need to balance the protection of individuals from offensive communications with the freedom of expression is important. Whereas individuals should not be allowed to say all they want without any restrictions, the restrictions must be well understood and must serve a purpose that is in the public interest.

Uganda’s Computer Misuse Act is good, but it has its own problems or inadequacies. They either need to review it or come up with a totally new legislation specifically dealing with fake news on social media. This law came under the spotlight recently when the state used its provisions to charge renowned academic, social media activist and government critic Dr. Stella Nyanzi. In one post, she had reportedly referred to the President as a ‘pair of buttocks’ - something that attracted the charge of cyber harassment under section 24 of the Act. Her other posts were met with the charge of ‘offensive communication’ under section 25 of the same Act. On an earlier occasion, section 25 was used to charge Mr. Robert Shaka who was thought to be the person using the account of Tom Voltaire Okwalinga (TVO) on Facebook to critique the president and key government officials. It was also used against Mr. Swaibu Nsamba who posted a photoshopped picture of President Museveni in a coffin to show how he would celebrate the President’s death.

However, Section 25 also violates the right to freedom of expression as it limits the right beyond constitutionally acceptable limitations. The Constitution, in Article 29(1)(a) guarantees freedom of speech and expression, which includes freedom of the press and other media. That’s why I think we clear-cut rules and criteria for bringing down viral fake on social media. The government will also need to start an organisation whose main purpose is to sensitise the public on the impact of spreading fake news.

Some social media giants are trying to control this problem though sometimes they don’t get it right. Digital platforms like Facebook or Twitter, and companies like Google, which owns YouTube, announced a plan of actions they will take to “stop misinformation or false news”. For instance, Facebook launched a tool that will help users “understand and control” the posts they see.

Here in Europe, they have come up with three ways of dealing with this. One is self-regulation, reflecting actions undertaken on a voluntary basis by the digital platforms themselves. The second is the co-regulation approach, focusing on building a cooperation framework between EU-level and national-level authorities, the internet platform companies, media organizations, researchers, and other stakeholders. Thirdly, some EU and non-EU states set up direct regulation (hard legal measures) against disinformation, albeit how they define it may vary significantly across countries. Starting with 2015, the European Commission established “East StratCom Task Force” – a task force addressed to Eastern Partnership countries, such as Ukraine, Georgia or Armenia – that was meant to identify and expose Russia’s disinformation

In 2018, the European Commission announced the creation of the High Level Expert Group on Fake News and Online Disinformation, formed of representatives of news media, academia, and internet platform companies, with the purpose to address and explore digital disinformation, identify solutions to efficient fight the phenomenon, offer regular reports on current state of affairs and recommend possible legal actions necessary to implement.

Some EU Member States, such as Germany, France, and Hungary, and non-EU states, such as Singapore, Russia, or Malaysia, have put in place laws that stipulate fines or imprisonment for publishing and giving content deemed as illegal. They empower state authorities to block websites, social media accounts or remove online unlawful content.

Within the European Union, Germany and France decided to take stricter measures to counter digital disinformation, demand more transparency of the digital platforms, apply monetary sanctions, or even block a foreign state-controlled NetzDG39, broadcaster. The German Network Enforcement Law (2017), also known as “hate speech law” is addressed to issues like “defamation” or “incitement to crime or violence”. The German law obliges digital platforms with at least two million registered users in Germany to remove illegal content within 24 hours and stipulates fines up to EUR 50 mln, if the content is not deleted.

In 2018, a French legislative proposal on the publishing and dissemination of false information during an electoral campaign was enforced. According to the law, an electoral candidate or political party can appeal to a judge to take down a false story or information, within 48 hours. The same law empowers the French broadcasting regulator, the Audio-visual Council, to “block foreign state-controlled broadcasters that publish false information”.

In Hungary, on March 30, 2020, Parliament approved new emergency powers in the context of the COVID-19 pandemic, allowing the ruling party to govern by decree indefinitely. Among other measures, the new law targets the spread of misinformation by stipulating up to five years of imprisonment for those accused. The concerns related to this measure reflect the more general criticism of state-driven hard regulations, namely the fact they may open new avenues for abuse of power in deciding what is disinformation, and, so, suppression of free speech under authoritarian regimes.

In 2018, Malaysia introduced Anti Fake-News Act that aims to sanction illegal content by fines or imprisonment. The law was repealed later in October 2019 by the newly appointed government. The legislation defined fake news as “any news, information, data and reports that are whole or partly false whether in the form of features, visuals or audio recordings or in any other form capable of suggesting words or ideas”.

In 2018, the Egyptian government adopted several laws to fight the spread of false information. The law finds as unlawful content “information deemed to threaten national security; disturb the public peace; or promote discrimination, violence, racism”, and empowers authorities to block the access to a blog, website, or social media account.

In China, the criminal law stipulates up to seven years imprisonment for whoever fabricates “false information on dangerous situations, epidemic situation, disaster situation or alert situation”. More recently, in 2019, Chinese government made it illegal to publish video and audio “deep fakes”.

As from March 2019, the Russian parliament passed a “Law on Fake News” that stipulates fines for users of digital platforms and blogs, media outlets, network publications that disseminate “knowingly inaccurate socially significant information” and empowers state authorities to immediately notify the editors of the “network publications” to delete the content, otherwise the access to the website will be blocked.