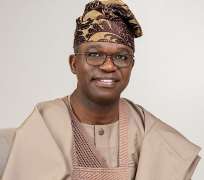 A civil society organization, the Committee for the Protection of Peoples Mandate (CPPM) has commended the peaceful, orderly, free and fair conduct of the Lagos East Senatorial District/Kosofe II State Constituency Bye-Election held on Saturday 4th December, 2020 in Lagos state.

In a press release made public by its executive chairman Nelson Ekujumi on Sunday 5th December, 2020, the group noted with delight that once again, INEC performed creditably well in the discharge of it's responsibility by turning up early with enough materials at polling stations across the Lagos East Senatorial District and Kosofe II State Constituency.

"As early as 7.30am to 8.00am in polling stations visited and from reports monitored via INEC accredited observer organizations and the media, we note with delight how INEC personnel arrived early and set up their equipments and materials for an exercise scheduled to commence at 8.30am". We also commend the professionalism and impartiality of INEC officials in the conduct of this bye-election and the functionality of its equipments which is heart warming.

The group equally commended the security agencies for their professionalism and unbiasedness in providing top class security during the election in the Senatorial district, which included the use of motorized patrols for response to emergency among other security measures that contributed in no small measure to the peaceful and successful conduct of the election.

CPPM in like manner commended the accredited observer organizations and the media for their professionalism and diligence to duty.

However, while commending the citizenry for strictly observing the restrictions put in place by the authorities to engender a peaceful election through the closure of businesses and markets in the Senatorial district, CPPM is highly disappointed by the low turnout of voters in exercising their franchise on election day. From Kosofe, to Somolu, Ikorodu, Epe, and Ibeju Lekki, etc, the situation was the same as voters largely stayed away from the polls except for a few who turned up to vote. What this has shown to us once again, is the urgent and recurring need to upscale our voters education advocacy.

The group commended the political party agents at polling stations who exhibited the spirit of brotherhood and thus did not inflame tension which ensured that the election was largely peaceful by all standards.

According to CPPM, "From our observations and reports monitored, the election was free, fair, peaceful, transparent and credible".

"As we await the official release of the election result and the declaration of winners based on the will of the people as expressed at the polls, CPPM once again congratulates all the stakeholders for a free, fair and credible election which is a credit to our electoral process".

The group congratulated and wished the winners, a successful tenure of quality service to the people and an admonition to losers, to exhibit the spirit of sportsmanship in defeat.