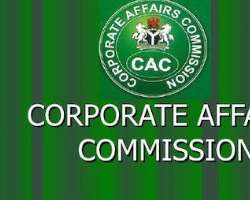 In what observers described as subtle but systematic onslaught against perceived promoters of the recent nationwide #EndSARS agitation, the Corporate Affairs Commission has cancelled the registration of Enough is Enough, a business organisation linked to one of the promoters of the protest, stating that the name is deceptive.

In a series of tweets, yesterday, the CAC said: “Further to cancellation of the business name registration ‘Enough is Enough BN 2210728’, the Corporate Affairs Commission wishes to inform the public that the proprietors of the cancelled business name are Opayemi Adamolekun and Bisola Edun. Based on the provisions of Section 579 (2) of the Companies and Allied Matters Act, (CAMA), the Corporate Affairs Commission has cancelled the registration of the Business name “Enough is Enough BN 2210728” with immediate effect.”

The de-registration comes amid protests by rights groups over recent repressive actions taken by the Federal Government against leading figures and celebrities that participated in the two weeks protest against police brutality across the country.

EiE is a non-governmental organisation floated by Adamolekun, an activist, who is believed to be the main target of the government.

The EiE has advocated against human rights violations in the past and actively participated in the protest against police brutality and the excesses of its Special Anti-Robbery Squad.

CAC said EiE was registered in 2012 to engage in general contracts, sales of sport equipment/promotion but has deviated from its main objectives over the course of time.

“Consequently, the Commission has removed it from its database and advised the proprietors to surrender the certificate earlier issued to them.”

EiE, however, clarified its status in a tweet saying it was registered as “The EiE Project Ltd/Gte” with RC 1047750 as against what was circulated by CAC.

“A big thank you to those who have reached out & spoken up for us!” the organisation wrote on Twitter, attaching its certificate.

Personal Assistant to President Muhammadu Buhari on New Media, Bashir Ahmad, tweeted about the de-registration, suggesting it was something supported or being monitored by the presidency.

“The CAC Nigeria has cancelled the registration of the business name ‘Enough is Enough’ with immediate effect. The EiE which was registered in 2012 to engage in General Contracts, Sales of Sport Equipment deviated from its main objectives over the cause of time, the CAC tweeted,” Ahmad tweeted.

The clampdown on sponsors of the EndSRAS protest has seen the Central Bank of Nigeria obtain an ex parte order to freeze the accounts of 20 individuals and an organisation linked to the campaign.

Some protesters have also been arrested and are currently in security detention.

Meanwhile, a coalition of 32 Civil Society Organisations working to promote democracy and human rights has expressed grave concerns over the rise in the level of attacks targeted at human rights activists and EndSARS protesters.

The group, in a statement in Abuja, said attacks on activists and pro-democracy campaigners had increased since the start of the #EndSARS protests.

The groups said: “This coalition has documented several patently illegal steps taken by the government, which clearly infringes on the fundamental rights of citizens. Increasingly, protest organisers are being intimidated and coerced by various state institutions. There have also been situations in which travel bans, which have no basis in the rule of law, have been slammed on individuals for their alleged roles in the #EndSARS protests.

“Escalation of threats against human rights activists is putting Nigeria in negative global spotlight. This is in spite of the local and global condemnations which have trailed the death of protesters as a result of extrajudicial killings by security forces and the activities of sponsored non-state elements. It is worrisome that there has been no remorse on the part of those perpetrating these atrocities. This coalition is aware that the Nigerian authorities have stepped up measures to clamp down on individuals, organisations and corporate bodies alleged to be the masterminds of the protests.

“For the avoidance of doubt, the coalition is of the view that the #EndSARS protests, which gripped the country in the last few weeks, focused on the legitimate demands of the Nigerian youth. Thus, it was for an end to police brutality and other dimensions of human rights abuses.”

The group urged the government to focus attention squarely on the necessary administrative reforms to meet the short and long term demands of the protesters.

The coalition expressed concern about the government’s inaction in responding to the direct threats issued against human rights organisations by non-state elements with pro-government objectives.

The group condemned the resort to acts of intimidation, profiling and coercion of citizens who it alleged had committed no offence.

Government’s action constitutes a serious attack on freedom of expression, which is a constitutionally guaranteed right of every Nigerian citizen, the group said.

Specifically, Section 39(1) of Nigeria’s 1999 Constitution as amended makes it clear that every person “shall be entitled to freedom of expression” among others.

The group said that the peaceful protests staged in recent weeks provided an opportunity for the young people of Nigeria to air their views and express their opinions about the state of the country.