The Sacking of Donald Trump 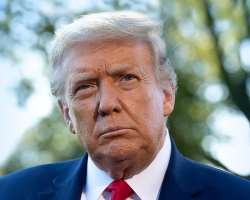 At the very end the failure and shortcomings of Donald Trump far outweighed his few positives.

His lies; his disregard for science; his inability to take responsibility; his preoccupation with re-election; his uncloaked racism; his demonization of otherwise law-abiding non-European immigrants; his betrayal of America's friends particularly the Kurds of Syria; his inability to demand the enforcement of human rights across the globe; his inability to condemn and sanction the Saudis for the murder of Khashoggi; his consecration of money above all other considerations including human life; his inability to control the Covid-19 virus; his lack of empathy; his pettiness; his selfishness; and finally his lack of decency, far overshadowed his achievements with the economy, his pro-Life stance or his elevation of conservative Judges.

And it must be conceded regarding the economy that it is debatable if his economic strides in the short term were sustainable in the long run either with or without out the Corona virus.

That in spite of all these shortcomings he was still able to muster more than 70 million votes underlines the deep divisions in American society.

President-elect Joe Biden should not be deceived even for one second that he has suddenly emerged very popular.

What we are currently witnessing are spontaneous expressions of joy across the cities of America by the suppressed and frustrated blue half of America.

It is the duty of James Biden as the new Father of America to draw the other red half of America angered and bitter with his election out of their hidden closets and chambers.

Like Joe Biden has very wisely insisted, is as much the President-elect elect of Red America as he is for his Blue America.

He can only satisfy both voting blocs by assuring all Americans of a level playing field where personal advancement is only a function of individual talents and efforts, not connections or skin-color.

Joe Biden should assure every American of unprejudiced rule of law, unbiased and humane enforcement of order as well as self-accountability of all for their personal actions or inactions.

Additionally he should put a stop to the demonization of foreigners and legal immigrants who without blemish dutifully comply with all extant American laws. He should give refugee migrants fleeing persecution from their home countries a just and speedy hearing of their asylum petitions. Especially he should deploy the vast assets and considerable authority of the United States to assist other nations in removing tyrants who create inhospitable conditions that give rise to the migration of asylum seekers to the United States.

America will probably have a leader in Joe Biden, but he should be especially wary of falling into the self-indulgent trap of exclusion and persecution of opponents that ultimately destroyed many initially populist presidencies such as that of Nigeria’s severely challenged and remarkably limited President Muhammadu Buhari.

Whether by genetic makeup or environmentally acquired preferences, Donald Trump over-indulged and continually stroked his racist and conservative base who in turn accorded him a rock star status that he especially relished in. Thus, arose a vicious circle of mutual reaffirmation of intolerance to opposing viewpoints.

While still savoring the spontaneous joy of the moment, Joe Biden should strive to avoid those ego-indulgent pitfalls which ultimately doomed and consumed Donald Trump’s presidency.

To avoid a similar fate Joe Biden should immediately stamp his authority on his supporters. For starters he should tell them to keep a safe distance of at least 6 ft. from others because of the Covid-19 virus. He should remind them to wear masks always. Most importantly he should tell them to go home and reconcile with their red neighbors, the bitter and wounded Trump supporters.

In truth the spontaneous eruption of joy across America cities is a reaction to the fall and sacking of Donald Trump and not the emergence of a liberating all-conquering savior in Joe Biden.