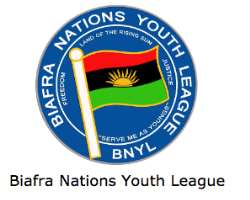 Biafra Nations Youth League (BNYL) has called on #EndSars protesters in the South to stop destroying private owned property. In a video released by the National Leader of BNYL, Princewill Chimezie Richard, the group compared the protest in the South and that of the North adding that the Northerners have shown they have sense by not destroying their property instead they target businesses of Southerners in the North, giving instances of the Apo Mechanic area attack in Abuja and the attack in Sabon Gari Kano State.

BNYL Leader urged the protesters to channel their energy to the government and the politicians that have looted the nation Treasury.