Ebonyi 2023: Ebonyi Political History And The Illusion Of Charter Of Equity 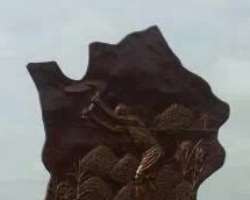 To some people, it is still too early to talk about 2023 elections since the present administration just rounded a year and five months out of the four years that make up its second tenure. According to this school of thought, we should focus on other things and pray for life first, since it is he who is alive till 2023 that would talk about politics then. To many, the game to 2023 has begun based on permutations and counter permutations on ground as well as declarations so far made in different fora and public functions coupled with information from the political players so far. l lay my credence to the latter based on the type of politics played in our country, Nigeria, where the processes, plans and ambitions for next elections are usually declared and watered even before the conduct of the elections.

I would have been reticent since the journey is still far, but as a critic and political analyst, it became imperative to put this before the general public so that we know the truth and stand by it.

Even the blind are aware that Izhi people have heated up the polity and flooded the media fanatically claiming that it is their turn to produce the governor of Ebonyi State come 2023. They have also formed different fora and/or groups jostling to achieve the ambition: such as, Izhi Agenda Forum (IAF) amongst others. I read on newspaper two days ago where the organizers for 2020 Izhi New Yam Festival, Abuja called for the zoning of 2023 governorship seat to Izhi clan, stating that it is their turn. I have also read on various media platforms the claim of different groups from Izhi championing same course. Furthermore, more than 15 persons from Izhi clan have also informally declared their intention to contest the said gubernatorial position in 2023.

Some politicians who have selfish interest to benefit from Izhi man becoming the next governor have also made it public that the next governor should come from Izhi. For instance, a former governor and now a two term senator representing Ebonyi North zone who is from Ngbo clan, Sen. Dr. Sam Egwu, in his speech during the grand finale of Izhi Nnodo New Yam Festival, last month, called on the governor to handover to Izhi man while leaving office. The reason for this call is not unconnected with his intention to set Izhi Nnodo people on a wild goose chase and realize his callous ambition to go for third tenure as a senator. In his calculation which is already working out, the gubernatorial position bait will make Izhi Nnodo do "eyes left" on his position without contesting it, since it could be politically unwise and subject to thunderous criticisms to have Izhi clan occupy both positions concurrently.

Do Izhi people really know what they need? Is it really their turn to grab power? Did they talk about charter of equity in 2015? Why heating up the polity now?

In 2015 general elections, Ezza people and others supported power shift to Ebonyi south, but Izhi people antagonized and seriously attempted to thwart the move. This futile attempt was fully assisted by their in-law, the former governor of the state, Chief Martin Elechi who anointed the 2015 Labour Party (LP) governorship candidate from Izhi clan, Chief Edward Nkwegu (Edon). Elechi as the then incumbent governor, provided Edon with the state instruments or apparatuses, contributed financially and threw all his weights in support of him. Izhi people on their own including the now "politically born-again" Sen. Chris Nwankwo, massively supported their son, Edon in order to overpower Apostle Dave Umahi of Ebonyi south. Unfortunately, Edon could not utilize such rare, unflinching and massive supports. My question is, if Edon had won the election in 2015, would Izhi people have been talking of equity by now?

Essentially, ambition is not a crime since anyone who has the strength can contest, but it is infantile, gibberish, shallow, hollow, preposterous and incredulous to hold that the same people who worked tooth and nail to stop power shift to Ebonyi south in 2015 are now talking of equity and claiming it is their turn to grab power! He who comes to equity must come with clean hands!

The undiluted truth is that, Izhi is the most benefited clan in Ebonyi since the creation of the state. The fully developed part of the capital territory, Abakaliki belongs to Izhi. In other words, all the Izhi lands in the state capital have been developed. This alone is the greatest benefit any clan can get in any state. The land and home advantage is superfluous. And this is why you hardly see the owner of the capital territory in any state declare serous interest for governor. Before they take their governorship slot, other clans may have taken theirs. For instance, vis-à-vis governorship position: in Anambra state, Awka man never held power; in Delta state, Asaba man never tasted power, and this abound in so many states of the federation. Before Chief Theodore Orji from Umuahia became the governor of Abia state, other clans had taken their slots on the guber seat. It suffices to say that giving power to the people that own the capital city that is already developed is an abuse/duplication of development, as it now has seemingly become a political culture that the owner of the capital city takes governorship position last.

Afikpo people are also of the claim that the governorship position be given to them in 2023. According to them, their son, Ezeogo Dr Akanu Ibiam contributed much to the creation of the state and that they should be compensated or rewarded. They also added that, zoning could start from any zone in 2023. Other clans are also warming up to join the 'guber' race.

Ezza Ezekuna nation has reasonable, substantial and equitable claim that 2023 is not only their turn to hold power but that they should have been given power since creation as the eldest clan in Ebonyi state coupled with the inimitable contributions of Ezza sons to the creation of the state.

Historically, the only martyr of the movement for the creation of Ebonyi state, Chief Monday Umanyi is from Ezza and he was gruesomely murdered by the anti-Ebonyi elements for mentioning Ebonyi state at a time it was treason and/or felony to say such. During fund-raising to champion the creation of Ebonyi, the person who donated the highest amount, Chief Samuel Okohu came from Ezza. Also, the man who boldly submitted the formal request for the creation of Ebonyi state to the appropriate authority, Sen. Chief Dr. Offia Nwali was from Ezza Ezekuna. When Ebonyi was eventually created on 1st October, 1996 by the then Military Head of State, General Sani Abacha, a large part of Ezza Ezekuna land from Umuezeokoha through Umuoghara through Oriuzor to Amuzu formed part of the capital territory of the state.

Evidently, Ezza Ezekuna is the most marginalized clan in Ebonyi since the state was created. The Izhi lands that form the state capital have all been developed by the government but none of Ezza land in the state capital is developed. An Ezza man, Chief Nwagu Oñele was supposed to be the first civilian governor of the state in 1999 but was denied such using military fiat, and Sam Egwu from Ngbo clan emerged. Nonetheless, Ezza people protected the administration of Egwu from distraction of Abuja group and pushed Egwu for second tenure in 2023. Between 2007 and 2015, during voter's registration exercise, insufficient and faulty machines were deliberately deployed to Ezza Ezekuna areas and the majority of Ezzas were not registered. The reason for this was to make Ezza people not have high voting strength and make them politically irrelevant. In 2008, Ezillo and Ezza-Ezillo crisis erupted, but the state government supported Ezillo people and arrested and jailed only Ezza people including their traditional rulers and professionals. Similarly, Ezza-Ezillo people were chased out of their homes by the same government. Appallingly, no meaningful project had/has ever been executed in Ezza land since 1999 till date.

It is part of African culture that the first son takes first before others. Ezza Ezekuna as the eldest (first) clan in Ebonyi should have been considered first in Ebonyi project and/or governorship slot, but since the anomalies had played out before, now is still the time so as not to allow the anomaly repeat itself.

Ezza people live in all the three senatorial zones in the state. And if zoning should start from Ebonyi North, Ezza man living in Effium or Inyimagu Izhi should be considered. If it starts from Ebonyi south, Ezza man residing in Ukawu should be considered. And if it should start from Ebonyi central, it means what people are seeking in "sokoto" is now in "shokotor", hence the ancestral home of Ezza is at Onueke in Ebonyi central zone, and Ezzas living in Ezzagu in Ishielu can also be considered. That is to say, equity demands and defines that Ezza man should be the next governor of Ebonyi state, if and only if we are to go by equity.

Do we have charter of equity or zoning formula in Ebonyi? Indubitably, charter of equity or zoning never existed in Ebonyi since its creation till date. If it exists, who and who signed the charter, and where was it signed? And where is the charter documented? In fact, zoning doesn't even exist in Nigeria and not written anywhere in our constitution.

None of the civilian governors in Ebonyi state came through zoning. The military influenced the emergence of Sam Egwu in 1999 and the "powers that be" influenced his second coming in 2003. In 2007, they colluded using federal might and anointed a Congo-trained economist, Martin Elechi who was never in the top list of the contestants as the governor, and in 2011, the same "powers that be" re-anointed him for second term. In 2015, the then outgoing governor, Elechi did all he could using his incumbent power in alliance with Izhi people to handover to an Izhi man, Edon, but the godfathers in Abuja overpowered Elechi and anointed Dave Umahi who incidentally is serving his second term as the present governor of Ebonyi State. In 2019, the same "powers that be" spearheaded Apostle Umahi's come back to power.

Since 1999, six gubernatorial elections have been held in Ebonyi state and all the senatorial zones contested. Do we have equity or zoning formula and all senatorial zones contested? Why were other zones not stopped from contesting to maintain the purported zoning? Of course Izhi Nnodo contested. Insincerity is claiming that 2023 is the turn of a particular senatorial district when every senatorial district contested the six gubernatorial elections so far held in the history of Ebonyi state.

To this extent, may I without any iota of equivocation, state that I love Izhi Nnodo people naturally but they lack the moral justification to ask for power in the name of equity in 2023. And I therefore, recommend that Ebonyi Maiden Political Summit be organized to deliberate and agree on how 2023 would go, in order to avert the violence and wanton destruction of property by those desperately lusting for power.

Let Ebonyians decide!
May God Almighty keep all of us alive to see 2023, through Christ_our Lord, Amen.