How To Totally, Completely Overhaul The Nigeria Police Force. 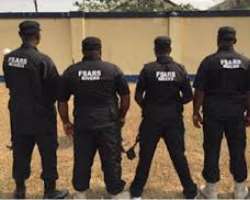 The president has ordered the Inspector General to reform the Special Anti-Robbery Squad but the president has missed the point. Completely as expected. The president should be reminded that he was part of the government that set the Nigerian Police Force on the path of escalated unprofessionalism. It began in 1976. The Inspector General of Police regarded as the most brilliant in Africa, during his time was Oxford University graduate; M.D. Yussuf.

The success of the assassination attempt on Murtala Mohammed was blamed on the Inspector General of Police who did not detect the plot. Indeed, it was an unfair judgement. (He was first the Commanding Officer of the Police Special Branch after the Nigerian military catastrophe of 1966. He detected the first coup despite being shrouded in airtight secrecy. He found out. The second coup, he knew about. His investigation were thorough. Mr Sherlock Holmes of Nigeria.)

The Special Branch, well funded and notorious for thorough investigation and accurate reports, was removed from underneath the Police Inspector General and given to the military under the name National Security Organization. It was the NSO that became the Defense Intelligence Agency (DIA), the National Intelligence Agency (NIA) and the brutal State Security Service (SSS) or for optics, 'Directorate' of State Security.

The Police was punished rather brashly and without much thinking. It was a vituperative act. The actions led to the slash of the Police budget, permanently disabling its professional capabilities and reducing professionalism. It is noteworthy that despite the humongous corruption that went on during the Gowon era, the Police was less infected than the politicised military.

This is not to say that the Police was hundred percent friendly towards everyone. Globally, they are usually the first to reach the barricades in combative mode against peaceful demonstrators. Register that. However, the society is locked in a situation of perpetual need for a response from an organised armed group when bad people come calling. Otherwise, one would have asked that we demand for the abolition of Police department like slave trade. But that is not possible. Sometimes, the Police behaves in surprising ways too. It depends on how the brains of the commanders work.

M.D Yussuf (former IGP) was a leftist. He was even a follower of Nnamdi Azikiwe and Aminu Kano, officially a member of the National Council of Nigeria and Cameroon (NCNC) and Northern Element Progressive Union (NEPU) - a leftist political party. So you know what to expect from such an individual. I also know former Students Union leaders that went into the Police. Bola Longe, the Nassarawa State Police Commissioner and former secretary of Nigerian Police Force Headquarters in Abuja, was President of the University of Ibadan Students Union in 1983. During his stay on campus the police station at Abadina was razed down by students.

Ever heard of a Police strike before? In February 2002, the Nigerian Police Force went on strike!

I know of Police Divisions where the Commander fuels the patrol vans from his pocket. I doubt there are divisions that get more than fifty thousand naira monthly as running cost. You will definitely be irritated when you call them and they respond that "there is no fuel in the vehicle." At worst, they tell you to fuel the vehicle.

The Police will never be perfect even with funding but that must be a demand as well. A strong Police is a threat to lawlessness among the elites. It is a policy in West Africa to underfund important institutions like education for two reasons: to keep them weak. A strong academic institution is a threat to misrule anywhere in the world. A strong military will take power and maintain it for long. The Nigerian example has taught West Africa the lessons. The military Administrations underfunded the Airforce and Navy because they attempted a military takeover. The Police would have been able to carry out proper investigations into scientific crimes with proper funding. Even corrupt officials will be wary of a resourceful Police.

I commend the courageous young people who are on the streets and sidewalks calling the shots. I commend the organizers too. And I have a few suggestions for the movement organisers, bearing in mind that after the body is disbanded, the corrupt and murderous officers might escape justice by simply being 'redeployed' to other Force units. Affliction might rise again.

I suggest Nigerians should bring down the entirety of the Police system and rebuild with a wider list of demands: The first is the immediate constituting of a Public Panel of Enquiry for the identification, arrest and prosecution of the erring cops.

The second is the pulling together of special intervention funds to be monitored by Civil Society Organisations (such as #EndSARS steering committees), Legal Practicioners, retired civil servants and religious leaders.

The third is the immediate prosecution of erring officers under the law.

I also suggest a review of illegally detained people who have not been taken to court and are being denied their rights to fair hearing. The Ministry of Interior should also be placed under scrutiny.

Military and paramilitary members with no identity tags should be arrested and prosecuted for illegal duties is the fifth suggestion.

The sixth is that Police officers without uniforms with insignias should have no rights to make arrests.

The seventh. Uninformed officers should loss the right to stop or frisk anyone.

I suggest, lastly, that court cases should be pursued against the Police in the events of harrasment and brutality.

The tragedy can be ended once and for all.
Ojo, Aderemi is a writer, historian and former president of the University of Ibadan Students Union. He lives in Ibadan, Nigeria. He publishes his articles on his personal website ojoaderemi.com. Reach him via email [email protected]; Twitter @oj_deremi; Facebook Ojo Aderemi; Instagram ojo-aderemi.

Ojo, Aderemi is a writer and historian. He is columnist for several blogs and magazines and former Editor of several campus press organizations. He publishes his articles on his personal website ojoaderemi.com . Reach him via email [email protected] ; Twitter @oj_deremi; Facebook Ojo Aderemi; Instagram ojo-aderemi