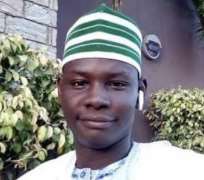 Nigeria is a country with a volatile ethnoreligious mix. Politics and social interactions are largely driven by primordial instincts and sentiments. The volatility is predicated on the way that religion and ethnicity intersect. In Nigeria, religion is professed along ethnic lines. The Hausas and Fulanis are predominantly Muslim, while ethnic groups in Southern Nigeria are mainly Christian. Tension, hostility, and mistrust feature amongst the ethnic and religious groups in Northern Nigeria. Conflicts between members of the various religions, especially between Christians and Muslims, often erupt. Ethnoreligious bloodletting is rampant in Muslim dominated sections of Northern Nigeria. Persecution and oppression underlie the relationship between Muslims and ethnoreligious minorities in the region. The pervasive hostile situation has created an atmosphere where Muslim extremists in northern Nigeria are often looking for opportunities to revenge and attack other ethnic and religious/non religious persons.

Unfortunately, allegations of insulting Prophet Muhammad, or desecration of the Quran provide avenues to tackle non-Muslims. A critical look at blasphemy killings in Islamic Northern Nigeria reveals a worrisome pattern. Victims are mainly non-Muslims from the south; Christian/traditionalist Igbos, Yorubas, etc. Let us take a look at some instances of blasphemy related killings in Northern Nigeria. In the 90s Muslims beheaded Gideon Akaluka in Kano. Akaluka was a Christian trader from Southern Nigeria. They accused him of desecrating the Quran. The police arrested and detained him. But Muslim fanatics invaded the police station and abducted Mr. Akaluka. They beheaded him and later paraded his head on the streets of Kano. In 2007, some Muslims lynched a Christian teacher, Mrs. Christianah Oluwasesin, in Gombe. Her students accused her of desecrating the Quran. Muslim fanatics beat her to death and burnt her corpse.

In 2016, Muslims attacked and killed Methodus Emmanuel for making blasphemous posts on Facebook. Whilst on June 2, the same year, Muslims killed Mrs. Bridget Agbahime, a Christian female trader from southern Nigeria at a local market in Kano. These killings did not take place in private rooms and corners, but in public places, on the streets, in the market etc. They were not executed by an individual but by mobs.

Thus, allegations of blasphemy have served the interests of Muslim bloodletters who perpetrate these atrocities with impunity, sometimes with the tacit support of the sharia governments in the region. Under Nigerian law, jungle justice and extrajudicial killing are prohibited. That means those who indulge in such criminal behaviors ought to be prosecuted and punished. Sadly, this has not been the case with killings linked to blasphemy. There has not been a single instance where perpetrators of blasphemy related killing were brought to justice. Rather blasphemy killers are treated as defenders of Islamic faith, not criminals. They are celebrated and honored, not condemned or sanctioned. In most cases, no arrests are made, and in situations where arrests are made, the suspects are later set free.

In Northern Nigeria, blasphemy laws and norms have created a situation of lawlessness. Murder is not a crime if it is carried out in the name of Islam. Killing a human being is not morally reprehensible or against the law, if the person killed is believed to have insulted the prophet of Islam. Politicians and clerics openly and publicly incite violence; they call for the murder of any real or imagined blasphemer. Simply put there is no justice for victims of blasphemy related murder and attack. This unfortunate situation is illustrated in the case of Mrs. Agbahime. In 2016, those suspected to have murdered Bridget Agbahime were charged to court in Kano. But months later, they were acquitted. The state prosecutor stated that the suspects had no case to answer. In fact, no one who kills a blasphemer has any case to answer in Muslim dominated Northern Nigeria. This situation must change. Perpetrators of blasphemy related killings are murderers and should be brought to justice. Nigerian government should take urgent measures to stop blasphemy killings and ethnoreligious vendetta in Northern Nigeria.