Reasons Why Nigeria Should Always Be Celebrated At Independence 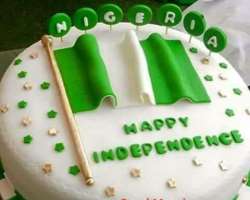 Birthday, which is unarguably synonymous with the independence day of any given nation is worth celebrating; irrespective of the political or economic challenges it is faced with. To this end, Nigeria’s independence which is yearly celebrated or marked on October 1 is not in any way an exception in this context, and celebrating it can never be said to be inexpedient.

Birthday only comes around once a year, and one of the reasons it is usually celebrated is to appreciate God for His mercy and faithfulness for keeping the celebrant alive. A birthday is a time when a person acknowledges the anniversary of his or her birth. In many cultures, birthdays are celebrated with gifts, parties, or other special activities. The reasons why it is celebrated or marked as such cannot be farfetched as it depicts the beginning that should be celebrated with an expression of thanks and an opportunity to refresh the outlook about what life has in the offing. Not only that, birthday opens door to new mercies and serves as a chance to acknowledge one’s existence on earth. In any man’s life; whether successful or not, birthday is a reminder of one’s birth as the beginning of his or her life. God created everyone to serve a purpose in this world. Every time anyone has a birthday, it is an indication that he or she still have work to do in his or her earthly journey. Therefore, birthday is a sign that there is another chance to fulfill a unique mission.

A birthday is a momentous occasion to be commemorated just as a nation commemorates its birth or independence or as an organization celebrates its founding day. A birthday is much more than an occasion to receive gifts. It is an opportunity to remember the day that a major event occurred, and on that note celebrate it, give thanks, and thank God that one is still alive to witness the day he or she was born. The essence of birthday celebration is equally applicable to a nation that has in the past gained independence from an imperialistic country.

Simply put, birthday is a time to celebrate birth itself. It is an expression of thanks to God for being born and still being alive. It is also an occasion for the celebrant and his or her admirers to ruminate on events that have played out. It is a great time to reflect on the past, evaluate the present, and make plans for the future. It is a time when the past intersects with the present and future. Aptly put, it is a transition from what was to what is expected to be.

Reiteratively put, birthday opens the door to new mercies. This is because, to have lived another year is an achievement. After all, there is another year's worth of blessings to thank God for.

To many Nigerians that have the erroneous notion that Nigeria is not worth celebrating at independence, particularly as exhibited few days ago at her 60th independence anniversary, they should not forget that many countries have gone into extinction. In a similar vein, many countries had merged, split, or changed their names. Without any scintilla of hyperbole, there are many countries that no longer exist. Such countries include Abyssinia, also known as the Ethiopian Empire. Abyssinia was a kingdom in northeast Africa. In the early 20th century, it split into the states of Eritrea and Ethiopia. In the same vein, Austria-Hungary, a monarchy established in 1867 was a country. It was also known as the Austro-Hungarian Empire, and included not just Austria and Hungary but also parts of the Czech Republic, Poland, Italy, Romania, and the Balkans. The empire collapsed at the end of the First World War.

In the ilk of Austria-Hungary was Bengal. It was an independent kingdom in Southern Asia that existed from 1338 to 1539. The county has since being divided into the states of Bangladesh and India.

Also known to be a country that has gone into extinction is Burma which officially changed its name to Myanmar in 1989. Unfortunately, many countries still have not recognized the change. As if the list is not long enough, Catalonia which was an autonomous region of Spain, and which remained independent from 1932 to 1934 and from 1936 to 1939 is another good lesson for Nigerians to learn from and understand that it is the mercy of God that has kept Nigeria as a nation together. After all, the June 12 debacle, and Nigeria/Biafra Wars were catastrophic enough for Nigeria to have gone into extinction or divided. But that was not to be.

Still in the same nexus, Ceylon was an island country located off the coast of India. In 1972, it changed its name to Sri Lanka. So also is Corsica. This Mediterranean Island was ruled by various nations over the course of its history but had several brief periods of independence. Today, Corsica is politically one of the 18 regions of France

In the same vein, Czechoslovakia, which was a country in Eastern Europe was peacefully split into the Czech Republic and Slovakia in 1993.

Also, East Pakistan, which was a province of Pakistan from 1947 to 1971 is now the independent state of Bangladesh.

Due to inadequate space to express my view in citing other countries that have gone into extinction or rather have become divided, it is expedient to say that Nigeria should always be celebrated at Independence because it still remained united despite the differences that appear to have divided it as a multi-ethnic nation.

To analyze this piece from our personal lives, I doubt if any Nigerian has ever sent an insulting birthday wishes to his father or uncle that did not achieve much on his 60th birthday. Contrariwise, we do that to Nigeria each time she celebrates her birthday without paying cognizance of the fact that there is power in the tongue. We should not forget that Nigeria is our collective roof in the same way it is proverbially said that the tortoise sees its shell as its roof, and for that reason protectively carry it about. We should for God sake mind what we say about Nigeria; irrespective of the situation and under whatever situation we have anything to say or comment about Nigeria. We all should not be seeing Nigeria as a “Zoo” as other are wont to.