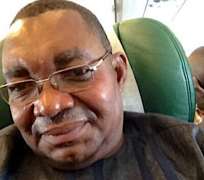 A Peoples Democratic Party Chieftain and former minister of state for health, Engr. Fidelis Nwankwo said zoning the Presidential candidature is the only measure that will end agitation in the country.

Nwankwo made this known while speaking with some journalists in Abakaliki, Ebonyi state capital.

He urged Ndigbo to start lobbying the two major political parties in the country to enable them secure ticket for their candidate.

The former minister noted that igbos should emulate what Yoruba’s did in 1998 when they picked Presidential thicket from the then major political parties, that resulted to their wholesome victory.

“And at the end of the day, it became for them a win, win situation. So, likewise if Igbos want to be President, they should work and lobby and make their case through the two major political parties. So, that they can give their candidates nomination” he stated

Nwankwo who was also former INEC commissioner, said it is only zoning that would end agitations in the country.

He noted further that zoning has played major role in the development of Ebonyi state where the People’s Democratic Party, PDP, is in control.

“It is going to be open for the three local governments, so anyone that emerges, then next time, two local governments will have their chance. So, for me the argument should be that those who are agitating should work on the political parties that control power.

“And make sure that people from their area get nominated. I belong to PDP and I believe what I have explained to you on what has been the pattern the zoning has taken” he stressed.