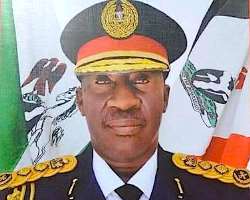 Some senior personnel of the Nigeria Security and Civil Defence Corps, Monday, narrated how lack of transfer allowances, accommodation, and training dampens their morale toward effective service delivery. They also complained that lack of purposeful leadership under the current commandant general, Abdullahi Gana Muhammadu, often ‘leads to creation of specialised departments and their later abandonment’, citing the Agro-Rangers unit of the corps as an example.

One of them who claimed to have been recently transferred to Owerri from Ibadan told our correspondent on condition of anonymity that, “There is a total decadence in the job across the federation. I am a commandant and was recently posted to Owerri. I can tell you that there is no provision for any allowances. It is affecting us too much. Aside transfer allowances, the corps does not make provisions for cadre training for its personnel. The implication is that promotion has been stalled because it is only after such training that officers are promoted. It is a hopeless situation.”

Another officer, who said he was transferred from Abuja to Enugu, said, “I’m a commandant; that is an equivalent of a commissioner of police. I have no official vehicle. I operate in my private car, at times to execute official assignments.”

Onuigbo.com gathered that the spirit among the rank and file is also at its lowest ebb following alleged favouritism in its posting administration. A source said, “There are some juicy places which the power welders have reserved for their cronies only, as well as those that can foot the bills of such places, or can bring returns. This has brought division among us as we see ourselves as more equals than others.”

Investigations by our correspondent at the corps’ headquarters in Abuja reveal that the Agro-Rangers Department recently created in the NSCDC to protect agricultural activities and curtail the excesses of herders in the country has become comatose and faces ‘extinction’ as it lacks coordination. An unconfirmed source claimed about 5000 personnel of the corps were trained in the department, although the corps claims it only trained 3000. Recall that the Agro-Rangers Unit was an initiative of the minister of agriculture and rural development, Audu Ogbeh, and his interior counterpart, Abdurahman Dambazau, as a unit under the NSCDC. A senior officer at the NSCDC headquarters said, “Till date, the officers, especially the last trainees, have not been given their specialized uniform which is an army green colour with NSCDC’s inscriptions. They were drawn from the corps’ Armed Squad and already trained in military weaponry. ”

It was also gathered that the corps has no records of barracks to house its rank and file in the country, making them susceptible to hoodlums. Again, they are not paid any special allowances for accommodation.

Our correspondent reports that the last time the NSCDC recruited officially was in 2016 with the corps having around 60, 000 personnel across the federation.