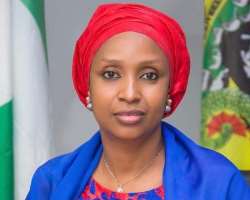 The Nigerian Ports Authority (NPA) has redressed the lopsidedness in the appointment of its General Managers after SHIPS & PORTS reported in July that of its 22 General Managers at the time, 15 were of northern origin while only seven were from the southern part of the country .

The disproportionate appointments, SHIPS & PORTS had reported, was in contravention of the Federal Character Principle as enshrined in the 1999 Constitution.

The Federal Character Principle stipulates that appointments to public service institutions at all levels must reflect the linguistic, ethnic, religious, and geographic diversity of the country to check the problem of inequality and marginalisation.

But with the recent appointment of three new General Managers from the southern part of the country, the GM cadre appears fairly distributed across the nation’s six geopolitical zones.

All the appointments, except that of Edosomwan Aimuamwosa Anthony, take immediate effect. Anthony’s become effective 2nd October 2020 when he’ll take over from the present GM Superannuation, Isa Suwaid, who will retire on October 1.

The new appointments were announced in a memorandum from the NPA Managing Director’s office, a copy of which was obtained by SHIPS & PORTS. The memo dated 10th August 2020 has reference number MD/13/MCORRES/VOL.XX/494.

The new appointments, according to sources, have been ratified by the NPA Board.