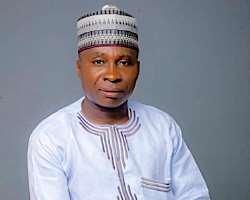 Hajj 2020 open and close its wing in a flash like mode with a unique operating system that has not been witnessed before. It was a hajj undertaken with COVID 19 complaint model of hajj arrangement. Every segment of hajj services delivery was altered, and that presents us with fresh challenges that must be reviewed before we can create new operational guidelines for Hajj 2021.

Will Saudi Arabia adopt or retain the Hajj 2020 COVID 10 protocols for Hajj 2021? Will there be an amendment or are we likely to revert to pre COVID 19 Hajj guidelines? Our ability to projects and creates a flexible plan will allow NAHCON and States Muslim Pilgrims Boards to fashion pilgrims education and enlightenment program. This piece is an attempt to bring the future into the present so that the present will not be surprised by the future.

Vaccine or no vaccine, COVID 19 precautions and protocol will be observed during Hajj 2021. The reduced quota system will still be maintained and for Hajj 2021, it will be between a maximum of 50% and possibly below (depends on the situation of COVID 19 in Saudi Arabia) There is a possibility that the door of Umrah will be opened this month and whatever conditions, and operational guidelines adopted therein can be taken as ‘things to come’ as far as Hajj 2021 is concerned.

However, Pilgrims registrations and documentations, intending pilgrims’ enlightenment and educations cannot be on hibernation especially now that NAHCON has set September 9 as the date of commencement of pilgrims’ registrations.

Pilgrims Registrations
Hajj 2020 was undertaken with strict adherence to the established protocols and therefore, hajj 2021 will not be different Before Pilgrims registration guidelines, we must put the underlisted Hajj 2020 protocols into considerations. There may be little or no alteration depends on the availability of unified accepted vaccines and the ratio of COVID 19 cases in the Kingdom before hajj 2021.

During Hajj 2020, intending pilgrims aged between 20 and 65 without chronic illnesses were required to apply online. Each pilgrim undergoes health checkups and PCR test, followed by a 7-day home quarantine. Pilgrims were then transported to Mecca and quarantined for a further three days, followed by a second PCR test. Only those that were tested negative the second time that was allowed to perform hajj. Reference one.

NAHCON should key in into these pilgrim registrations guidelines with a little amendment. Pilgrims within the age of 20-65 without chronic illness for now.

States pilgrim’s board that has registered above 50% of their original Hajj 2020 quota should adopt the new policy as a pre-condition for Hajj 2021 registration.

NAHCON and States Muslim Pilgrims Boards should introduce a legally binding agreement to be signed by intending pilgrims. For example, That registration can be considered valid only IF Saudi Arabia announced 50% Hajj quota Nigeria in2021. This will serve as insurance for the rollover pilgrims in the event of 20 or 10% hajj quota because the rollover pilgrims are within this range.

Pilgrims registration should be tagged incomplete without a PCR Test with a negative result. That intending pilgrim (whether pre-Hajj 2020 or post-Hajj 2020 candidates) must attend pilgrims enlightenments and education before they can be considered; that amount deposited by each pilgrim is termed as ‘initial deposit subject to the official announcement of Hajj fare”

For example, how many pilgrims were registered by States Pilgrims Boards or Tour Operators and how much they paid as deposits; how many were eventually refunded and how much were they paid?

Is there any modality to works out any accrued benefit to pilgrims that agreed to roll over their money (on the condition that such money was kept in fixed deposits accounts by states Muslim pilgrims’ boards or kept in an ‘accounts that yields interests?)

How can ‘aggrieved’ pilgrims who may not have been refunded (if there are any) reach NAHCON? Do we have a fall back option in terms of ‘settlement?’

My advice is that NAHCON should publish a comprehensive list of numbers of pilgrims that registered in 2020 and how much deposits each pilgrim paid as transmitted to NAHCON by State Muslim Pilgrims Boards. To be followed by amount released to each States by NAHCON for refunds. Though a little number of pilgrims applied for refunds in some states, there are states pilgrims’ boards that are yet to commence payment of the refund. This is necessary because eventually, the bulk will stop at NAHCON table (being the apex hajj regulatory body) if it turns out that some states defaulted.

Hajj Saving Scheme to the rescue
Indeed, NAHCON Chairman Zikrullah Kunle Hassan and his management team must be commended for proactively engaging stakeholders on ways of activating the Hajj Saving Scheme to solve the inherent timelines financial difficulties in Hajj activities.

In reality, the current socio-economic challenges have made it difficult for most Nigerians to raise funds in one fell swoop towards performing Hajj.

HSS will provide a convenient method of payment for Hajj and allow people to build-up funds overtime. NAHCON should accompany its drive with mass education and enlightenment that HSS is the best and more secure system for savers especially pilgrims as against the traditional risk-prone system of savings. It is a public service and the general public should be educated on its benefit.

As stressed by NAHCON Chairman, HSS will empower pilgrims and makes Hajj affordable to them and creates mutual benefits for both Hajj bodies and pilgrims.

Pilgrims Education and Enlightenment
Here comes the ‘new normal’. Both the old and the new intending pilgrims will have to be educated and enlightened on the ‘new normal’ in hajj operations. From quarantine and re-quarantine, mandatory PCR test and random tests, the law of social distance, emerging airport protocols, COVID decree pilgrim’s accommodations spacing, one passenger free seat pilgrim’s bus rule, possible two or more story tents in Mina with more space and of course the possibility of “pay as you are served” – that means pilgrims may pay more. If hajj 2020 is decreased to 50% quota, there will be additional costs in flights, pilgrims’ buses, and accommodation because these services will also apply health protocols by reducing capacity.

I didn’t say an increase in Hajj fare – because that is a ‘term’ that average intending pilgrims may not like to hear.

Remember that the above analysis does not factor the current exchange rate of naira to a dollar and the possibility of Saudi Arabia introducing additional health-related payable services.

At the end of Hajj 2020, pilgrims were again required to self-isolate for 14-days. It simply means that Hajj 2021 pilgrims may not be allowed to move about after Hajj rites unless they observe 14 or 7 days post-Hajj quarantine.

If COVID era is not completely over, Pilgrims may stay longer because Saudi may adopt country by country entrance system. For example, Saudi may allow only Pakistan or India or Indonesia to airlifts their pilgrims for a certain number of days before another country will be allowed. This may be done to ensure that one country pilgrims do not mixes with another on arrival before they are moved into pre hajj quarantine centre.

Pilgrims will then stay for 7 days quarantine and moved to their hotel before another country’s pilgrims will be allowed to come in.

If this scenario surface, the airlift of pilgrims will take much longer time considering the fact there over 64 countries that will feature in Hajj and that each country will required minimum of 10 days to airlift their pilgrims and an additional 7 days to undergo pre hajj quarantine.

More importantly, the Hajj Instruction Governing Airlift of Pilgrims by Air issued by Saudi Arabia General Authority of Civil Aviation GACA during Hajj 2019 specified the number of days countries with a certain number of pilgrims can airlift their pilgrims.

Item 2-3 under Flight Scheduling and Slot Allocation Procedures therein stated that “Arrival and departure Hajj regular and charter flights (both phases) will be distributed based on agreed quota between Ministry of Hajj and Umrah and Hajj Affairs Offices of each country, air carriers must provide Hajj Affairs Offices with approved flights schedule, to finalize their contractual issues, according to the requirements of the Ministry of Hajj and Umrah’s Electronic Track.

Given the above, a 50% Hajj quota in 2021 will give us about 48,000 pilgrims thereby placing Nigeria within countries with a minimum of 30days airlifts period as prescribed by Saudi GACA.

Item 2-6 of the GACA guidelines added that “Air carriers operating Hajj flights must distribute their flights as indicated in item (2-3), in an equal manner to ensure best utilization of the entire period. The air carrier must not intensify their flight schedules during the last week of arrival phase and the first week of departure phase, taking in consideration, spread daily flights overtime periods that suitable for both airports operation slots allocation capability, in order to maintain equality among air carriers”.

Given the above, Nigeria will spend a minimum of 30 days to airlift 48,000 pilgrims. This calculation was done on the premise that air carriers will utilize their slots as at when due, that pilgrims will arrive hajj camp and screening takes place on schedule, and that no flight will miss its schedule due to weather or technical problems. There will be a provision for 8-10 days flight free days (five days of hajj rites and an additional 5 days to prepare for movement)

Honestly, I hope that additional 7 or fewer days’ pre and post hajj quarantine will not be added in 2021 and that GACA will amend pilgrims airlift instructions guidelines before the D-day otherwise, we might spend more days in Saudi Arabia than we envisaged.

There is also electronic tagging of pilgrims right from their homes before they even began their journey. Each pilgrim was tagged with a bracelet designed to monitor and record their health status and track individual quarantine, through the Tatamman app.

The Tatamman applications were meant to enhance the responsibility of those directed into health isolation while closely monitoring their health status. The app also conveniently facilitated various other health-related services including the booking of PCR testing appointments.

Some Hajj rituals were structured to ensure social distancing of at least 1.5 meters between each pilgrim while either praying, circumventing the Kaaba or performing other religious duties. The Umrah guidelines will reveal what Hajj 2021 rituals will look like.

Hajj 2020 Pilgrims were only allowed to move in fixed groups of 20 with an assigned health leader. Each leader was responsible for conducting health checkups twice a day for their designated group. If this is retained, we may need the services of experienced hajj medical teams and more number of physicians in 2021.

This year, Saudi Arabia distributed certified anti-insect IHRAM free of charge to male Pilgrims. The Ihram is produced in Saudi Arabia and therefore, pilgrims may not be allowed to enter the Kingdom with IHRAM or purchase one at the road shops In the absence of a clear roadmap to Hajj 2021, the best we can do is to use Hajj 2020 as a ticket to board the flight of Hajj 2021 with a room for adjustments whenever the needs arise.

Ibrahim Muhammed is the National Coordinator of Independent Hajj Reporters - 08037024356