Has The Value Of Journalism In Nigeria Eroded To “Beggarlism”? 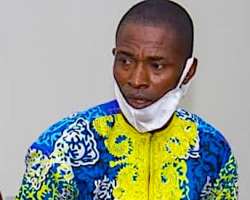 If there is any nagging challenge which Nigerian journalists are by each day passing through, it is unarguably that of earning miserable salaries, and even worrisome enough, are often owed for months at a stretch as most media organizations rely on monies earned from advert subscriptions for survival.

The situation is so bad that most journalists are pushed by survival instinct to go against the ethics of the profession as they rely on goodwill from their friends in other sectors, and depends on “Brown Envelopes” from events they were invited to cover. In some cases, they are looked down upon, denigrated and insulted, albeit often in a subtle manner. Little wonder Mr. Femi Fani Kayode told Eyo Charles, the Daily Trust Correspondent he literarily poured venom on in Calabar that “I have been in politics since 1990. I am not one of those politicians that you think will just come…. I was taken; I have been locked up how many times by the government. I have been prosecuted, unlike most of these politicians you follow for brown envelopes!

“Brown envelope”? It is an open secret that despite being against the ethics of the profession, it is part of what keeps many Journalists in the profession that they hardly think of deploying their skills to other sectors of the economy where the proverbial greener pastures can obviously be found. In the media, “Brown envelope”, irrespective of its unethical nature appears to be normal and justified as a senior journalist once angrily said, "I've given you a platform to make money. Use it." For the sake of clarity, he was referring to the opportunity to collect payment from individuals or organizations in exchange for publishing their stories.

Nigerian journalists are known by each passing day lurking to and fro in search of events or anyone whose pay will put their journalistic instinct and writing skills to work. Virtually everyone in the corporate Affairs department is familiar that "brown envelopes" containing cash are to be handed out during press briefings. Without any iota of exaggeration, the practice that has been going on for so long that many young journalists see it as a practice that is normal and unethical.

Against the foregoing backdrop, it cannot be a misnomer to say that as employers in the media sector do not pay Journalist sustainable salaries and as at when due that the value of the profession, “Journalism”, is gradually eroding to what can in this context be called “Beggarlism”. Everything about the profession appears to have dovetailed to begging before whatever that is needed can be gotten.

The mentality for “Brown Envelope” is so pervasive that when many Journalists see the truth, they pretend not to have seen it. This attitude was embarrassingly demonstrated when Fani-Kayode was dressing down the Daily Trust Reporter. Some of the Journalists with were unarguably angry that he asked such “stupid question”, and even calling him to order in such a way that would later portray him as a bad Journalist. If you guess on why they behaved in such manner, and you may not be wrong to arrive at the conclusion that the Journalists who were at the event with him merely behaved in such manner as they would not want the former minister to get angry, and on that note refrain from sharing “Brown Envelopes” to them.

No doubt, virtually every professional in all fields of human endeavour are faced with one challenge or the other, but in Journalism, to seek reaction from experts on certain issues requires Journalist to beg for response to an issue; that is if his telephone call would be picked. To get an interview session with an expert requires begging.

What in this context called “Beggarlism”, no doubt, noticeable when the former minister, Fani-Kayode, flew the handle at a news conference where he tongue lashed the Daily Trust’s Correspondent. To this end, it was an irony that the Journalist that was taunted by him was the one that was pleading or rather begging as he was heard in the trending video footage saying, “Sorry Sir”, “Sorry Sir” intermittently.

Proverbially put, the head, as a physiological part of the body, is always reprimanded with a knock whenever the anus emits fart before the elders. The plight of the head as part of the body, no doubt, may be likened to that of the Nigerian journalist. He is like the proverbial grass that suffers whenever two elephants fight. To get himself out from trouble, he needs to beg.

In the process of gathering news, the Nigerian journalist may face professional hazards that range from mere snubbing to assassination. He is always snubbed by those he sees as news sources. Worse still, some mischievous sources may deliberately avail the journalist false information that may drag him to court for libel or seditious case. But more demeaning is that he keeps begging that one is tempted to ask is the value of the profession has gotten so low that it can be contextually referred to as “Beggarlism”?

If not that the public now see Journalism is now erroneously seen as “Beggarlism”, why would Fani-Kayode ask Charles, the Daily Trust Correspondent, “Please don’t insult me here. I don’t want to take any questions from this man. I could see from your face before you got here how stupid you are. Don’t ever talk to me like that. Who do you think you are talking to? Bankroll who? You have a small mind, very small mind.

“Don’t judge me by your own standards, I have been in politics since 1990, I am not one of those politicians who you think just came, I have been locked up how many times by this government, suffered.

“I have been prosecuted unlike most of the politicians you follow for brown envelope. Don’t ever judge me by that standard. I spend, I don’t take. I am not a poor man, I have never been and I will never be. Bankroll how? Don’t ever suggest that to me. I am sorry that was deeply insulting, I don’t often get annoyed in press conferences; I have been doing this type of thing for many, many years.

Though he has apologized, but I must confess that as a Journalist that I vicariously felt the venomous insults from Fani-Kayode just the way Charles might have felt on that day. In fact, it was an insult to journalism as a profession.