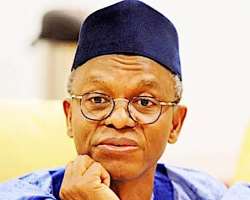 Intersociety, Onitsha, Eastern Nigeria, Friday, 21st August 2020: By the account of the Nigerialawyer.com, the Int’l Society for Civil Liberties & Rule of Law, a leading research and investigative rights group campaigning against anti Christian butcheries by the country’s Jihadists particularly the state cuddled and protected Jihadist Fulani Herdsmen as well as other outlawed killings across Nigeria, is strongly behind the decision by the National Executive Committee of the Nigerian Bar Association, which acted wisely by voting to withdraw the selection of Kaduna State Governor, Mr. Nasiru El-Rufai as a speaker in its 2020 Annual National Conference.

Data gathered from credible and reliable sources including the Southern Kaduna Peoples’ Union (SOKAPU), the Adara Development Association, Local Government authorities of some of the affected areas in Kaduna State, activists, eyewitnesses and the media indisputably indicate that not less than 116 Christians were hacked to death in the State between Jan and late May 2020; 72 Christians deaths between late May and end of June; not less than 175 Christian deaths in July alone, 33 Christian deaths between 5th and 6thAugust eleven Christian deaths between 16thand 17thAugust-totaling loss of 407 Christians in the past 230 days or seven months and twenty days. Within the period, too, over 50 defenseless Christians were abducted and disappeared till date and hundreds terminally injured.

The not less than 407 Christian deaths in the past seven months and twenty days in Southern Kaduna represent average of 50 Christian deaths per month and had in the eight month of 2020 passed the 2019 Christian death tolls in the State which stood at not less than 320. That is to say that Southern Kaduna had in the past 590 days or from 1st Jan 2019 to 20thAugust 2020 or 19 months and twenty days, lost no fewer than 729 defenseless citizens-all members of Christian faith. This is not to forget to mention, by the latest account of the Southern Kaduna People’s Union (SOKAPU), “the loss of 109 communities to Jihadist Fulani Herdsmen” (and their state actor and non state actor patrons or backers).

In all, Islamic Jihadists in Nigeria are responsible for roughly 1,500 Christian deaths in the past seven months and twenty days of 2020 or 1st Jan to 20thAugust 2020, out of which Jihadist Fulani Herdsmen now account for 1,103 and other Jihadists including Boko Haram, ISWAP, Ansaru and “Bandits”-394; totaling almost 1,500 Christian deaths. In the past twenty days of August 2020, the Jihadist Herdsmen have killed at least 76 Christians (44 in Southern Kaduna, four in Bayelsa, 13 in Benue and 15 in Niger State).

We therefore commend and back the National Executive Committee of the Nigerian Bar. It has always been our angelical assertion that ‘it is a sacrilege and a taboo to invite a human parts dealer to come and join an organization that defends human rights’. In the case of Mr. Gov Nasiru El-Rufai, we align ourselves with most meaning contained in an extracted position of the intra Bar petitioners under the aegis of ‘Open Bar Initiative’ to the effect that “the invitation extended to Gov el-Rufai as a speaker is a reward for misrule” and that “as Gov, Mallam el-Rufai has shown no regard for the rule of law, for human rights and for human beings”; and “ he has been reckless in his utterances, hubristic in his outlook and irresponsible with power”.

Additionally, a Gov of a State with estimated 40% Christians and 60% Muslims but who structured or aided in structuring the State in a chronically socio-political and securitization asymmetric setting with seats of Gov, Deputy Gov, Speaker, Chief Judge, Attorney Gen, CP, SSS director, Army GOC, Air Force and Navy Base Commanders and five top others, all in Muslim hands; is copiously a non secular and an inter-faith intolerant Gov; brutally undermining Sections 10 (forbidding state religion) and 38 (freedom of worship and religion) of the Constitution.