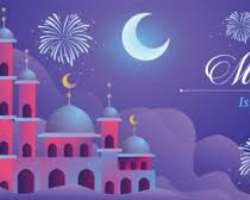 The new Lunar ( popularly known as Hijrah ) year is with us.

I congratulate the Muslims all over the World for the gifts of Life, RELATIVE Security, Peace of mind, Good Health and Happiness that made it possible for us to remember and meet the new year.

I am aware of the sorry state of our intellectual inertia and anomie that has facilitated and empowered few ignorant but lousy ones among us to condemn everything (especially non religious issues) as BID'A. I'm, therefore, unbothered about the possible attack on this Message from their quarters. I wish them well.

I , hereby , PAINFULLY APPEAL to the Muslim Patent Umbrella Organization and the Patent Leadership to USE THE occasion OF HIJRAH, in all contents, spirit and letters, to CHANGE THE NARRATIVE AND PLIGHTS of the Muslims through the IMPLEMENTATION OF THE IMPLEMENTABLE and critically pertinent Shariah issues that have pinned us down for so long.

The following are some of the most important, urgent and emergency inroads:

1. Naming and Shaming of Muslims in Authority, Office, Power or Influence who have consistently FAILED to STOP INSECURIY in our land. An ultimatum to Name and Prosecute the Owners and Propietors of Banditry (including and especially Boko Haram) Kidnapping, Armed Robberies, Herdsmen violence and other violent crimes in their domain. These are FUNDAMENTAL HUMAN (not just Muslim) RIGHTS with their NEGATIVE impacts on the spiritual, economic and social life of our people.

2. The STOPPAGE of the well organized, funded, defended and protected Al-Magarie system; not only because children, youth, able-bodied and women begging (which it has

turned out to be) is neither Islamic nor human, but because of the well known SECURITY, social, economic and health Implications of this menace.

3. STOPPAGE OF POLITICAL THUGGERY among the Muslim children and youth because of its Security, economic and social Implications.

4. Eradication of DESTITUTION tragically associated with Islam and Muslims. This is possible if the monies spent on Qur'an Competition, Hijrah Celebration and unreasonably frequent Hajj and Umrah are diverted to the rehabilitation and empowerment of the severely deprived Muslims otherwise known as destitutes on our streets.

Muslims are generally urged to be Shariah compliant at home in the care, love for and training of the members of their families; at work in terms of integrity and accountability and in the neighborhood and Masaajid in TRUST and GOOD CHARACTER.

THESE ARE IMPLEMENTABLE SHARIAH. And these are the networks of the best roads to Da'wah to usher in the Shariah.

Congratulations and Happy New year to you all.
Taofiq AbdulAzeez
Professor of Communication and Language Arts,
Imam of Da'wah Front of Nigeria,
Imam University of Abuja
1st of Muharram,1442
20th August, 2020