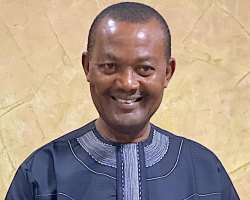 AIG Mbu has commended the new Cross River State Commissioner of Police, CP Jimoh Abdulkadir for the exemplary feat that he has displayed, barely two weeks of assumption of duties.

Mbu who was compulsorily retired from The Force in July 2016 is challenging his retirement and the case is pending in the court.

Mbu stated that he has known CP Jimoh as a young and very vibrant officer who is knowledgable in police duties and has zero tolerance for indiscipline, corruption and laziness. CP Jimoh was his student at Police Staff College, Jos (the highest police institution in Africa, where Mbu served as a Commandant of the Institution.

He implored the new Cross River Police Command Chief to lead by example be as courageous as he has known him to be and avoid any stain of compromise. Mbu reminded the new State Police boss of his platitude to them as his students in Jos of “….obligation within regulation”.

Cross River OOP is highly compromised, keep an eagle eye on them. The Cross River State Police Command needs internal cleansing because a lot of the officers have overstayed and compromised.

Where have they been while the gangs have been terrorising Calabar and beyond, Mbu questioned.

Again, Mbu calls on Gov. Ayade to account for over five years security vote allocation to him. The governor according to him has for sixty three months received unaccounted N31.5 Billion (thirty one billion, five hundred million naira) with nothing to show for it. This new CP who has shown extra ordinary zeal to work, need appropriate tools to function effectively. Just yesterday, CP Jimoh personally led a rescue operation of 4 Chinese nationals kidnapped in Oban, Akamkpa.

He advised Gov. Ayade as a matter of utmost urgency to provide the police with minimum of sixty Toyota hilux brand (double cabin) operational vehicles. He further advised the governor to go for a good governance tutorials at Ebonyi, a poor State where the governor has embarked on massive infrastructural deployment in the State, including flyover bridges, roads, street lights, befitting State police command headquarters, over one hundred police patrol vehicles, allowances to officers serving in the state. I am not comparing Ayade with the governors of Akwa Ibom, Rivers, Bayelsa, Delta or Edo. I mean Ebonyi State. Go and see for yourself what Gov. Umahi is doing there without unneccesary media hype.

I want to remind Crossriverians that when you see your governor crying, he is battling with his conscience because behind the crockodile tears is a scorn celebration over the success in converting the people’s wealth to personal pocket.

This nation and the world must be told the predicament that Gov. Ayade has plunged our people. More revelations are coming unless he mends his way.