Young Puppy Love Is Fun But Not Durable As Mature Love 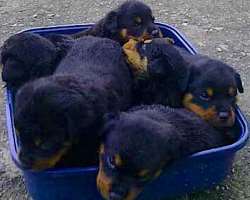 Puppy love may last in some cases but matured love lasts much longer. Young love is like the first money a kid makes, she spends it all in candy stores. Looking back at those that marry their first love, many of them grow and mature into different people when they expect to grow together.

People around the same age see one another as mates, which they are. But in a family relationship, the old saying still holds. There can only be one Captain in a ship. The children watch and learn from the interaction of their parents. Respect and tolerance for one another is so important or lost when mothers and fathers compete for the love of their children. Usually, it is only a foolish father that competes for children with the wives. They hang on and belong to their mothers. Se o get?

Nature, as in the biological ticking clock, favors ladies that marry early. Life as community family support, favors those that marry later. By late, those that wait to learn the tools to be independent income earners through education, skills and training. Any man that married his childhood friends without those skills must be prepared to be house husbands, put up and support his skillful or trained wife with the hustling and bustling of normal life outside, to support her family.

Working ladies that support their families behave and act differently. Some are very proud that they make their husbands look good and will deny to their friends that they are the backbone or the financial support of the family. But other ladies would throw it in the face of their husbands whenever there is a problem. So ladies, like men, behave differently. If you are the type of man that chases women with your wife's Mercedes, you deserve some abuse short of mutilation we see these days, as if they own a slave.

Those ladies that waited to get a good education and acquire skill also face certain risk of not marrying early. The chances of missing out on the best time to have a baby, losing a few of her favorite friends as husband and later competing for younger men that prefer older ladies. It is a big task to overcome but better to be an old lady that could take care of herself later in life than one that would wait on her children to eat.

Families that married in their matured years after acquiring means of survival understand they need their husbands as reliable friends after the children are gone. Women must learn to live and tolerate their husbands just as husbands must respect their wives. The difference between an African in a polygamous relationship is the duty to take care of the women and their children. Better than those in serial monogamous relationships that left divorced wives to penury unless saved by prenuptial.

The ugly view of punishing an African man for having another lady by the new "liberated" women is alien to African culture. The liberated women of those days that ignored their husbands are faced with unanticipated challenges: their sons. They are better off if they can support themselves in their husbands' homes. Otherwise, they have to obey the curfew and rules their son set out for their families, if grannies live with them. They no longer live in your old house with your husbands. Remember now, you rejected any nonsense from your husbands, the same father of your son. Do not try that with your sons, unless you are self-sufficient. Some women have to take permission from their sons to get a visitor or for Girls Outing!

These liberated grandmothers were the favorites of both daughters and sons that are now welcomed to their Children's house at home or vacations abroad. The fathers, not so much. Fathers hardly obey their Children's curfew anyway. They would rather stay in the house they are used to. Mothers and grown children make plans for vacations and tickets before the fathers even know. If children decide to come back to their parents' home, mothers support them. Even if they stayed on their own and came back to raid the house for groceries and more, their mothers would support them. In the wealthy families, some of these married children retained their old rooms for their visits. Haba!

The old ladies that have "Old Girls Out", go to places in and out of town. If they are living with their children; they better ask for approval of their sons and make sure it does not violate his curfew rules. If it does, they risk being kicked out for some reasons including undiplomatic attitudes towards a daughter-in-law. So, if you thought your husband was controlling, wait until you move in with your son.

Please mothers, do not take it for granted. Some mother-in-laws have been rendered homeless if they had no place to go. Even when they have more than one child. When the children of a well known mother were confronted about the plight of their mother being homeless. They feigned ignorance and claimed they thought she was living with the other children.

Some children actually came out candidly that the mothers could not get along with their wives, they were not wealthy enough to accommodate her or they had no stable homes to live either. Well old boy, country hard O. So, they blame it on the politicians!

Most people do not worry as much about homeless Dads. Children have all types of excuses against him: he had been too strict a disciplinarian, loved his favorite child more, spent more time with his friends, too many wives, cared more about his job and had an obsession with his job and making money. There is always a reason to blame the old man and many more to excuse their mother. So, there are warnings going round for fathers to save some money for their old age when all the blame is on them. It was the same advice given to women years back.

However, it is usually the same mothers that would come to the defense of their husbands that he meant well. A very good man that did all he could for the family. If you have been following, what would come out of mothers about their husbands would be the old lasting flame. Call it Puppy Love or Mature Love for the best friends the mothers ever had, their husbands.