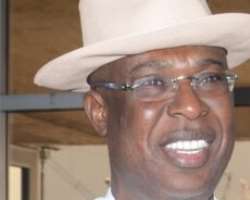 The Federal Government has embarked on industry-wide cost containment measures to strengthen the oil and gas sector to cushion the effect of COVID-19 pandemic on the economy.

Mr Timipre Sylva, the Minister of State for Petroleum Resources, said this on Thursday at the Seplat Energy Summit 2020 to mark its 10th Anniversary.

The summit had as its theme: “Business Sustainability and Strategic Leadership in Africa”.

Sylva , who was special guest of honour at the virtual summit, said government had embarked on aggressive capital allocation to priority projects with low cost of production.

He said that government, through the Nigerian National Petroleum Corporation (NNPC) had rolled out strategies to achieve $10/bbl unit operating cost without jeopardising growth.

Sylva also said that government had embarked on diversification of portfolio to non-oil businesses to cushion the effect of future crash in crude oil price.

“We have declared this year 2020 as “the year of Gas” and have commenced the National Gas Expansion Programme (NGEP).

“On Jan. 16, we inaugurated an Inter-agency Committee saddled with the responsibility of coordinating our concerted efforts to ensure the penetration of domestic utilisation of LPG, encourage auto Liquefied Petroleum Gas, Compressed Natural Gas and Liquefied Natural Gas for the domestic market.

“This will drastically reduce the massive outflow of the nation's foreign exchange currently being expended in the importation of Premium Motor Spirit (PMS),” he said.

Commenting on COVID-19 and Nigerian Oil and Gas industry, Sylva said the pandemic had caused demand-supply imbalance, revenue decline due to low oil priceas well as decline in demand of crude oil due to the global lockdown.

He added that the pandemic had caused pressure on Nigeria crude oil selling price due to supply glut and lack of buyers and production uncertainties due to refineries shutdowns in major refining centres across Europe and Asia.

“The huge revenue lost due to sheer drop in oil price arising from supply-demand imbalance has significantly impacted the Nigerian economy due to budget deficits and delivery challenges, project slippages, job losses in the private sector.

“Going forward, we foresee that global upstream investment will continue on the decline trend and recovery is likely to come beyond 2022.

The minister, however, commended the management and entire staff of Seplat for the phenomenal achievements and remarkable successes in the Nigerian oil and gas sector.

“It is worthy to state here that SEPLAT was awarded some divested assets based on the Federal Government's aspiration to develop indigenous capacity in the Nigerian Oil & Gas sector about 10 years ago.

“And over the past 10 years, Seplat has recorded monumental achievements and have grown to become a leading independent upstream Oil and Gas company in Nigeria,” Sylva said.

He called on other indigenous oil and gas companies to emulate the company's footsteps for enhanced growth and development.

Kyari said that the significance of the oil and gas business in the continent was huge and could not be neglected.

According to him, economic activities within the continent will tend to play a part in the NNPC's drive toward sustainability, but Africa remains the next destination of oil and gas businesses.

“All four national refineries are down at the moment, but we are working round the clock to see how we can fix them.

“We will also continue to support the completion of the Dangote refinery and create space for local skills to come into play so as to reduce cost and contribute to economic growth.

Mr Roger Brown, the incoming Chief Executive Officer, Seplat, assured stakeholders of enhanced returns on investment in the years ahead.

Brown expressed optimism of market recovery in the coming months, noting that the company would remain committed to efficient service delivery.

He said that timely completion of the Assa North/ Ohaji South (ANOH) project remained the company's major priority in spite of the coronavirus pandemic.(NAN)