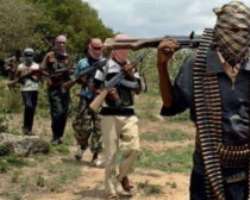 Mr Peter Averik, Chairman of Jema'a Local Government Area, on Sunday appealed for calm in the face of recent attacks in the area.

The appeal is coming on the heels of Friday's attack by unknown gunmen on Zikpak community, a suburb of Kafanchan, that saw several lives lost and houses burnt.

In a statement issued by the council's Information Officer, Simeon Dauda, and made available to the News Agency of Nigeria in Kafanchan, Averik noted that no evil shall escape the wrath of God.

He urged the people not to take laws into their hands as additional security personnel had been deployed to ensure the protection of lives and property.

The chairman, who described the attack as callous and barbaric, prayed God to comfort community members who lost their loved ones in the incident.

He implored residents to observe the 24 hours curfew imposed by the state government and to be vigilant and report any suspected person or movements to the relevant authorities.

Averik commended the security personnel in the area for their proactiveness and tasked them to intensify patrol and surveillance to ensure the criminal elements are arrested and dealt with.

He called on the Kaduna State Emergency Management Agency (SEMA) and spirited individuals to come to the aid of the displaced victims of Zikpak in order to ameliorate the effects of the attack on them.

The LG boss pledged the council's assistance to victims of the attacks who sustained injuries and were receiving treatment in the hospital after he visited them. (NAN)