Kanye West would 'be at peace' with Kim Kardashian divorcing him 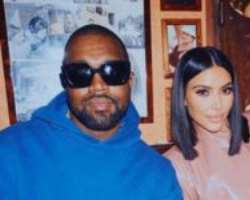 Dusty Baxter-Wright
From Cosmopolitan
Rapper Kanye West says he would ‘be at peace’ if Kim Kardashian decided to divorce him, over admissions he made about the couple almost aborting their daughter, North.

At his first presidential rally in South Carolina on Sunday [19 July], Kanye told the crowd that he and Kim considered having an abortion with their first child North, before she made the decision to continue the pregnancy. North West is now seven.

In tears, Kanye made the claims to rally attendees:

“In the Bible, it says, ‘Thou shall not kill’. I remember that my girlfriend called me screaming and crying, and I was just thinking, because at that time I was a rapper I was out there, [I had] different girlfriends and everything… and she said, ‘I'm pregnant’. And I said, ‘Yes!’ And then I said, ‘Uh oh’.

“She was crying… and for one month and two months and three months, we talked about her not having this child. She had the pills in her hand,” he continued. “I'm in the apartment where my wife was actually robbed, and I have my laptop up and I have all of my creative ideas, I've got my shoes, I've got my next song cover… and the screen went black and white. And God said, ‘If you f**k with my vision I'm gonna f**k with yours’.

Later, the 43-year-old admitted the emotional speech may cause problems between him and Kim, but that he would be ‘at peace’ with it. “Even if my wife wants to divorce me after this speech, she brought North into the world even when I didn't want to,” Kanye added.

“She stood up and she protected that child. No Plan B. There is Plan A.” Related video: Kanye West teams up with Gap for Yeezy clothing line

Something Went WrongPP-400-602
So far, Kim hasn’t spoken out about Kanye’s first presidential rally, but she previously showed support for his campaign on Twitter, retweeting his announcement and adding an American flag emoji.