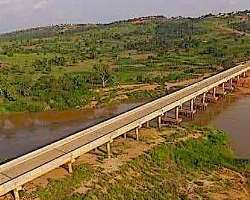 Until the state poverty mapping, it was thought that no community in Anambra state was poor and neglected to the extent of lacking basic infrastructural needs, especially access road. The notion was sustained by the narrative of Anambra having the best network of roads, and or one of the best networks of road in Nigeria, depending on who tells the story and how convinced he is.

With the exploit of ex-Governor Chris Ngige in road construction in the state years back which was furthered by ex-Governor Peter Obi, it was taken for granted that every community in the state has an access road. But the narrative does not wash. It bears all the trappings of the single story which writer, Chimamanda Adichie, says leapfrogs over nuances and details of a given situation.

Beyond the narrative of fine stretches of road that dot the state, lay a dozen others that are overly treacherous and bumpy, leaving many communities inaccessible. Most of these communities are in the riverine area of the state and have low-lying land that is flooded in wet seasons and at high tide.

Gaining access to these communities at certain periods in a year was difficult, at best circuitous, and done through the neighboring states. Onono, Umuikwu, Umudora, Umuomu and the Igala-speaking communities of Inoma and Nzam, all in Anambra West, accessed their place through Delta State. While access to the state’s oil field in Umueje and Aguleri Otu in Ayamelum and Anambra East council areas respectively was gained through Enugu state. But unlike access through the Delta, entering the oil field through Enugu was fraught with a lot of danger perhaps because of its economic importance. Sparks of violent reaction became almost a daily occurrence between the abutting communities on both sides of the states. The Igga community in Enugu state very often resisted the use of its land as a thoroughfare. The skirmishes that erupted on each occasion left the communities worse off. The case of Ogwuaniocha, another oil-bearing community in Ogbaru council area, was not any better. Like others earlier mentioned, Ogwuaniocha equally had no access to good road notwithstanding its economic importance in the state. As a matter of fact, it never had tarred road until the current effort by the Obiano government to have a road asphalted there. The level of neglect of these riverine communities was such that to continue was to prolong the day of rage. It was no longer justifiable and economically unviable.

Eager to deal with the problem and harness the economic potentials of the communities (many of which also double as the food basket of the state) the Obiano government decided to double down on tackling the tortuous marshy terrain and cut a road through the communities. It may be fair to argue that only a government that does not play politics with its people can undertake the responsibility of building roads in the swampy communities. Conscious of the cost, but convinced of its economic impact, the government undertook a 14 kilometer road to Nzam, the headquarters of Anambra West with a bridge which has already been completed. Only about 2.4 kilometers of that stretch are awaiting sand filling before asphalting to Nzam is completed. To take the burden of a thoroughfare off Igga community in Enugu state another 42 kilometer of road is being constructed from Aguleri Uno/Aguleri Out/Mkpunando to the oil field. Twenty one kilometers of this stretch have been completed while 21 are ongoing.

In Ayamelum the government is doing 11.2 kilometers of road from Umueje community to the oil field with a bridge which is also completed. A Twelve point four kilometer Ogwuaniocha road with about 24 culverts is under construction while the longest bridge constructed by any state government in the entire Southeast which stands at 280 meters was constructed across the Omambala River, linking Aguleri Otu and Aguleri Uno. These roads and bridges, without prejudice to the ones done by the same government in the central and southern senatorial zones of the state, were built at very exorbitant rates because of the peculiar nature of the soil.

Building roads in marshy terrains entails a lot of sand filling and fortification for it to withstand flooding, water log and high tide. It is therefore expected that the effort of the Obiano government in building up these riverine areas should be costly and physically exerting. The cost, monetary and physical, is not made better by the increasing challenge of gully erosion in the state. So far about a thousand active gully erosion sites are threatening to submerge roads and buildings in the state. The effort to contain them, though intensified, is being slowed down by the dwindling economy. The Aroli-Obeleagu erosion site in Onitsha which has already consumed about 50 buildings and forced out residents of the area is being handled at a great cost. This particular erosion site if not contained urgently will wreck a lot of havoc as it is already threatening Awka road one of the major streets in the commercial city. This is where federal government intervention is needed the most before Awka road is completely submerged. The effort to contain this rage of nature which was successfully carried out on 35 meter depth of erosion in Nnewi over a hundred foot road and in Minaj Obosi has continued to strain the limit of the state’s resources.

It is important to state that the effort to deepen interconnectivity in the state is not restricted to the riverine areas of the state. About 72 roads in the central zone of the state and 53 in the south are either completed or ongoing, including but not limited to Nkwo Enugwu Ukwu bypass, Abatete-Oraukwu-Alor bypass that takes traffic off the busy Eke-Agu Abatete market. There are other roads either completed, ongoing or undergoing repairs with bridges completed or ongoing which the Obiano administration is working on. Apart from the three flyovers in Awka the government has completed over eight bridges, including Nengo, Odene, Iyiora, Umueje,SARS-Nando, Nzam Aguleri Uno-Aguleri Otu which is the longest bridge built by any state in the Southeast etc. It is expected that at the turn of dry season many of the ongoing constructions will be completed.