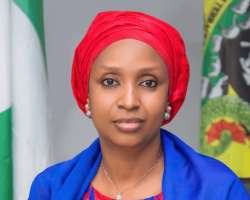 Yoruba socio-cultural organization, Afenifere, said it has instituted a legal action against the Nigerian Ports Authority (NPA) over lopsided appointment and marginalisation of the people in the region in top managerial positions of the agency.

NPA had on Tuesday confirmed that it has 22 General Managers, 15 of which are of northern origin while only seven are from the southern part of the country.

The confirmation by NPA was sequel to an exclusive report by SHIPS & PORTS last Monday that the authority had been in violation of the constitutional provisions of the Federal Character Principle over the disproportionate appointment of General Managers in favour of the northern part of the country.

But speaking in Lagos on Friday, the National Publicity Secretary of Afenifere, Yinka Odumakin, who did not give details of the suit filed against NPA, warned that Nigeria risks disintegration if the lopsided appointment in the agency is left unchecked.

He said, “This is so annoying and it appears some people are just pushing this country towards a deliberate disintegration because there is no other justification or explanation for what they are doing.

“The northerners believe they have conquered the country and they can now treat the rest of us as slaves. We won’t allow that. As a matter of fact, as we speak, we are in court over the matter.

“There is no reason on this earth why northerners should dominate NPA. Can a southerner do that kind of thing in the north? They will never allow it. So are they insinuating that people here are fools or what? It is completely nauseating and annoying what is happening at the NPA.”