Bola Tinubu, Ibrahim Magu, The Cabal And 2023 - A Rejoinder 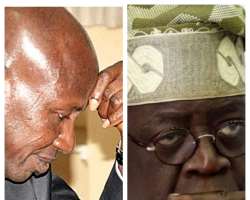 I read this piece with keen interest, as it followed the tradition of some critics who closely watch developments in the Nigerian political scene and are quick to fit emerging events in pigeon holes they had previously created. There appears to me a grand theory or hypothesis that has been constructed and there is a tendency to fit emerging data into that construct, however tough that attempts becomes.

In presenting this rejoinder, I must state that I am not qualified to defend Bola Tinubu (BAT) or Ibrahim Magu. I also do not have sufficient knowledge of the operations of cabals to come to their defense. I must state also that I am not a fan of BAT nor his brand of politics. I have only seen him from a distance and in a crowd. I have no personal or professional acquaintance with him or Magu. I really don’t have to have such acquaintances to raise the issues I have chosen to raise in this piece.

Running through the piece by Remi, I identified seven key issues, allegations and claims worthy of interrogation, purely on their intellectual merit and value propositions. I will attempt to take up each of these issues in some order for ease of comprehension.

1. The essay appears to presume Magu guilty, in his current travail, even before his arraignment or trial before a court of competent jurisdiction.

I consider that declaration of guilt a little hasty and unfair. A man is presumed innocent until found guilty. Magu, like anyone else deserves that presumption of innocence.

2. That Magu’s appointment as Acting Chairman of EFCC was influenced (nominated) by BAT.

I wonder what is wrong in nominating someone into a public office, if the fellow nominating believes in the competence and integrity of the nominee. If truly, BAT nominated Magu for office five years ago, what moral obligation does he have to supervise the work of Magu to ensure that Magu walks the straight and narrow path on his desk? Even if Magu were BAT’s son, he, Magu, would have to carry his cross in office, once he is over 18 years old.

3. That the refusal of Saraki and the senate he led to confirm Magu as EFCC Chairman had to do with Saraki’s grouse with BAT.

This, for me, is pure speculation. Magu was not confirmed on account of damaging report from DSS. But, in his own defense, Magu was able to prove that his ordeal with the senate was purely political and had nothing to do with his fitness for office. He showed two letters from DSS signed by the same officer on the same date, with glaring contradictions to prove that point. One of the reports cleared Magu, the other did not. Up till today, DSS is yet to explain that glaring inconsistency.

4. That Magu, like Osibajo, Fowler and Oshiomole, have been removed or humiliated in office in a grand design to stop BAT from contesting the presidency in 2013. Or, that Femi Falana failed in his bid to become AG of the Federation because he was backed by BAT.

While this conspiracy theory is plausible, it has to be rigorously scrutinized. In my view, the responsibility of anyone who recommends the other for any public office ends once the fellow so recommended is confirmed. Are we suggesting that if any of BAT’s nominees run foul of the law, such an individual should not be called into account, so as to avoid the action being seen as targeted at his sponsor. That to me would be counter-productive. Osibajo, Fowler, Oshiomole or Magu would have to account for their actions and conduct in office in their own right as professionals and politicians. We should not link everything to a grand design to demystify BAT.

5. I will not comment on the allegation that Oshiomole worked with Prof. Mahmoud Yakubu of INEC in the 2019 elections to favor any party as I have no information on that.

6. That BAT consistently betrayed the Yoruba people because his words were not heard in the crisis in Ketu, Ile-Ife, Akure and on RUGA.

If my memory serves me right, BAT issued statements on each and everyone of thosecrises. What anyone could say was that his statements on each issue did not meet the expectations of those who wanted him to do more. My view is that every leader is free to choose his own approach to a crisis, based on his assessment of the appropriateness of time, space and strategy.

7. That BAT is not enthusiastic on the issue of Yoruba nation. Rather, all he wants is power for himself.

I believe that as popular as the call for restructuring of Nigeria is, as appealing as the concept of a Yoruba nation is, no one should consider anyone who do not share the enthusiasm currently building on that concept to be any less a Yoruba man. Yorubas are known to be highly educated, principled and liberal. Thus, it is inconceivable that all Yorubas would support the creation of a Yoruba nation with the same passion. We should leave room to accommodate some notable Yorubas who have their reservations on the project or those who claim that that project could not be a panacea of all the problems that plague us as an ethnic group.

Finally, I would plead that we recognize the achievements BAT recorded in the last 20years, even when we disagree with his person or his politics. On one hand, we condemn those who claim they have a divine right to rule Nigeria for ever, on another, we demonize those from other regions who are working hard to position themselves for the job. The question is: what exactly do we want?