NPA Confirms Lopsidedness In GM Cadre: 15 From North, 7 From South 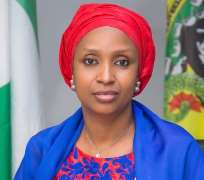 The Nigerian Ports Authority (NPA) on Tuesday confirmed that it has 22 General Managers, 15 of which are of northern origin while only seven are from the southern part of the country.

SHIPS & PORTS reported exclusively on Monday that NPA has been in violation of the constitutional provisions of the Federal Character Principle over the disproportionate appointment of General Managers in favour of the northern part of the country.

Jatto’s confirmation implies that 68% of the General Managers in NPA are from the north while only 32% are from the southern part of the country. This is a clear violation of the Federal Character Principle, which seeks to ensure that appointments in public service institutions at all levels reflect the linguistic, ethnic, religious, and geographic diversity of the country to check the problem of inequality and marginalization that has led to lopsidedness in the country.

SHIPS & PORTS findings also reveal that NPA has only one serving General Manager from the South-West as against the two it listed.

The NPA spokesman also confirmed that the agency placed two General Managers of northern origin, who have retired from service, on contract.

“On allegations that some retired General Managers have had their tenures extended on contract in order to stop their ‘potential successors’ from succeeding them, management asserts that this is totally untrue.

“The two cases that were mentioned, General Manager, Human Resources Mr. Yahaya Bukar (Aug.2018-Aug 2020) and General Manager, Engineering, Engr Ahmed Rufai Mohammed (Feb 2020-2021) had their tenures legally extended for the specific reason of the completion of some of the very important projects that were started within the period of their services as General Managers. This situation also applied to the immediate past General Manager, Finance, Mr Simeon Aniobi, whose tenure was extended between Oct 2017 and October 2019,” Jatto stated.