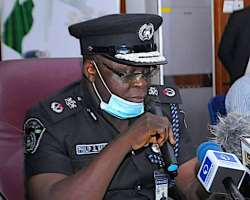 The Commissioner for Police, Ebonyi state command, CP Philip Maku has vowed to make the state uncomfortable for criminals and those that indulge in different kinds of crimes.

CP Maku further seek cooperation from the people through community policing noting that the communities have vital role to play in combating crime.

In a chat with journalists in Abakaliki, CP Maku noted that his command has put in place all the necessary strategies needed to flush out criminals from their hideouts noting that his men are battle ready for the task.

He urged criminals and those that indulge in different crimes to repent so that they will be integrated back into the society and that anyone cut perpetuating crime must face the wrath of the law.

He called for the support of the people and assured them safety of their lives and properties noting that his gallant men are more equipped now with the reality of the time and will make the state hot for criminals and evil ones.

Maku further directed members of the public to report to the command PPRO any police officer that intimidates or assaults them wrongly for proper disciplinary action stressing that members of the police force were not trained to bully anyone but to protect lives and properties.

On Community policing programme, CP Maku said that his command will give full backing on the programme noting that the scheme will enable communities to be fully in charge of policing in their community and assist the command in combating crime.

According to him every member of the community have a role to play in the formation by giving out vital information that will expose criminals and evil ones in their areas so that immediate action will be taken.

On the recent inter communal crisis between Ekoli Edda Afikpo South and Biasie LGA over Erel palm, Maku noted that the five missing persons have not been found adding that the command is not relenting to unravel their disappearance.

"We are on top of the matter and hopeful that their missing will be unravel. We are also relying on those in the Cross River axis for any useful information but we have not seen any of their dead bodies so we believe they are still alive" he noted.

"National boundary Commission should come and do proper demarcation of the disputed area and other disputed areas throughout all the boundary areas across the state" he concluded.