Dear President Alex Chakwera, the people of Africa Hope that You Will Not Develop an Urge for Life-Presidency when the time of your Retirement comes 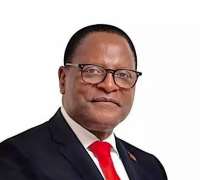 President Chakwera, I believe that you now know the pain to be suffered whenever an incumbent President comes up with a ploy to remain in power for ever by using violent means like faking elections results in disfavor of those that compete against him or her. That is the pain we the people of Africa and all other lovers of good governance suffered when Mutharika chose to violate your political rights by faking the election results to cajole you out of fairly won Presidential race in Malawi. We the powerless people of Africa were embittered in our hearts just as you were or even more than you did. But we thank goodness for the bravado among some members of the Judiciary in Malawi for dismissing the falsely generated leadership to pave way for a re-run, an act which has done Africa proud, the act which has removed the knee of oppression, tyranny and dictatorship of electoral fraud from the neck of the politically suffocating people of Malawi, they could not breathe, but now, we believe that under your leadership they will breathe.

Dear Mr. President Chakwera, you are the genuinely elected President of Malawi due to the fearless choices of the people of Malawi. You are now the president not because you are a genius, super-human, a demi-god, more equal than others or an infallible political fibrand. You are the president of Malawi because the people of Malawi wanted political change; they felt that you are meritorious enough to be the point through which they can express meretriciously their collective feelings for this political change. The Change in governance for better policy formulation, inclusivity, accountability, cooperation, rule of law, media freedom, poverty elimination, gender mainstreaming, impartiality , respect for human rights, restoration of self-confidence in Malawian statehood and as well as nurturing political culture that cherishes transparency, accountability as well as responsibility for all the political decisions and actions that will be taken under your government. But above all else, you are the change through which the people of Malawi will live the rule of law and savour the juices from the fruits of constitutional tyranny in the sense that when your time for leaving the office comes you will not maneuver around by employing some selfish electoral acrobatics primarily intended to make yourself a life-long President, if I am not justified to say a life-long panjandrum. I hope and believe that your recent experience was an enough moment for harnessing materialized conscience that will unflaggingly guide you away from the broad path leading to the political syndrome of the cult of dictatorship. I call it a dictatorial syndrome but Ali A. Mazrui in his Cultural Forces behind World Politics called it the Sisyphus complex, the complex that rules the process of Ovidian like Metamorphoses among post-colonial African politicians who always begin their careers as saints of revolutionary politics only to graduate into unshakeable tyrants sometimes later. And it is evidently true that the typologies of political psychologies observed in the late Felix Nkurunzinza, Robert Mugabe, Daniel Moi, or currently observed in the likes of Yoweri Museveni, Paul Kagame and Salvar Kiir are nothing less than the landmarks of psychological metamorphosis hurtling down these leaders from the pedestals of saintly revolutionaries and liberationists to the politically depraved basin of Sisyphus complex.

Mr. President Chakwera, the problem of Africa is not our historical experience of colonialism but the current social vices of auto-colonialism, auto-racism, auto-sexism, auto-imperialism, auto-patrimonialism, auto-capitalism and un-challenged graving among the members of the political class to stick on power even if they are officially elected out or found guilty or found un-fit to occupy a political office. These vices have blended to be Africa’s Acheel’s heel. Kenya is not an exception; we the poor, toiling and moiling people of Kenya had a similar experience of having our supreme court nullifying the faked Presidential election results in 2017. We were happy; we thought that it was the time of the future beginning to belong to the people of Kenya. But no, we were wrong and our celebrations were too early, if not the goofiest collective act in Africa’s political civilization. Whatever that was happening was not beyond bourgeoisie opportunism. That is why Kenya of today is now under fulsome threat of bourgeoisie dynasties, the dynasties that have now naturally attracted one another into a harmonious union strictly focused serving their commonly shared and similar interests; they are now using their strengths in form of superlative position in ownership and control of all the financial systems and resources in the country to cement themselves in the matrix of power, I mean political power. We no longer have a functional parliament and Judiciary in Kenya. Our current experience in Kenya is that we now only have a semi-despotic executive swimming in absolute power and ruthlessly devastating any man or woman standing on the way of the dynasties in their madcap quest to permanent ownership of political power. It is so unfortunate that Kenya’s dynastic executive is now using judicial terror, political party discipline, scary jail-terms, intimidation, impeachment, media-black outs and far-fetched court cases to destroy those that question the rapidly bludgeoning dynastic culture in Kenya’s political socialization around choice of the executive. It is so discouraging and very unfortunate for the powerless people of Kenya.

However, there is always some light at the end of the tunnel. The kind of hope inspiring light like the one discoursed about in the Land-Marks of Scientific Socialism, a critical analysis of Logic of Eugene Duehring by Friendrich Engels in which Engels argued that looking for political power the way Napoleone Bonaparte, Mobutu Seseko, Idi Amin dada and Stalinist Russia did will never give anyone permanent political power. In the book, Engels assured his readers that, ‘political power is a blessing one gets from good economic relations’, and obviously good economy belongs to the working people that always interact with indestructible power of the earth to create value. That is why I congratulate you Mr. President Chakwera for being the political expression of the workers of Malawi; I congratulate you with hope that you will be the first political illuminati of Africa to come out of power without being forced to.