How To Kill The Dead After It's Death 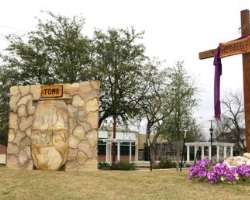 The above statement filled my lips and mind as I came across the messages of some personalities as they react to the death of some influential leaders and politicians in the country. I was bemused at the show of drama which resulted in insults. Then I ask myself, is it really worth it? The dead had lived his life the way God has predestined (if you believe). I once wrote in reaction to some persons' talks about Abba Kyari's life before his death the need for us to "make a name so that the laws of the land can be broken in our favour."

Our divergent religions may have differing views about life after death but one thing common is that there is life after death which will either be spent in paradise or hell. The prerequisite to the afterlife is how well/bad we live this present life which is codified in the saying "que sera sera" - what will be will be.

I think we are quick to forget whenever we talk about people's visible wrong deeds that "It is human to err..." And it is our imperfections that distinguish us from the Creator. Are you PIOUS?

If you knew you are not pious, why not let the dead rest in peace. Stop piercing the peace of the dead into pieces. Before you attack the dead with your banter of condemnable words. Watch your back, reflect on those who are opportuned to know some of your wrong deeds. You can never appease the world with your good deeds.

Also, remember that "If you want to put a smile on everyone's face, be an ice cream seller and not a leader." A food for thought for you and me. Let the dead rest while you prepare your home for the dreadful visitor.