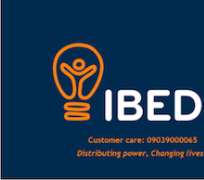 The Management of Ibadan Electricity company Plc (IBEDC) has expressed concern over the incessant cases of vandalism across its network and called for community support in protecting electrical installations.

The Chief Operating Officer of the company, Engr. John Ayodele who expressed this displeasure in a statement in Ibadan said the activities of vandals have plunged a lot of households, businesses, and communities into darkness, whilst costing the company revenue losses worth millions of naira.

“These vandals mostly target Transformers and Up-riser cables worth millions of naira”.

He explained that replacing installations worth millions of naira every now and again is counterproductive and detrimental to the business.

Engr. Ayodele decried the development, noting that the vandalism of the company’s assets is becoming alarming and is depriving legitimate customers of their right to steady power supply.

He said “from January to April 2020, more than 38 Transformers have been vandalized amounting to 1154.9 Mwh undelivered energy."

"The transformers at Iragbbiji and Orororowu communities under Ikirun business hub in Osun State were dismantled by vandals, leaving the people in total darkness for months”.

Engr. Ayodele also said vandals carted away cables of a 330KVA and a 500 KVA Transformers at Surulere and Kuponniyi substations at Oyo State.

He therefore urged community leaders, youth associations and security agencies to work with IBEDC in the protection of electrical installations within their communities.

He encouraged vigilante groups and any patriotic member of the communities with useful information to report cases or culprits of vandalism promptly.

"The company will continue to partner with security agencies to track the vandals and prosecute them. It is no longer business as usual, anyone caught will have his or her day in court."

He warned that offenders and collaborators in the crime when apprehended will be liable for up to lifetime jail term including the risk of electrocution.

Engr. Ayodele also noted that IBEDC has so far secured 25 judgements against vandals.

He categorically stated that though no IBEDC staff has been found culpable in these cases of vandalism, however Management will not hesitate to prosecute any staff that is found guilty.

He said IBEDC is a company that stands for integrity and has zero tolerance for such nefarious and criminal acts.