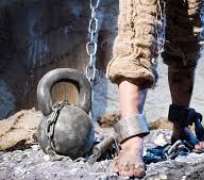 There should be no debate about the deadly cost of Covid-19. Physical distancing, masks and hand washing became the effective mitigation for the deadly virus. Whereas the immediate and proximal solution for tribalism, xenophobia, hate, lack of tolerance and accommodation, especially when exacerbated by excessive force of constituted authorities, have eluded us for too many years. Unfortunately, the effect of hate can be the more imminent threat to life experienced by minorities outside their base. Unlike Covid-19 that can kill, no matter where we are.

Though elders and minorities can be more adversely affected by Covid-19; the lack of tolerance, accommodation and hate instigate and kill people slowly everyday. The discussion of choice between Covid-19 or tribal hate is so convoluted, no one wants to be a victim of either. Yet, world demonstrators against Racism understood the risk they are taking.

You cannot go into a new community to disrespect or break their norms and culture with impunity. If you do, do not cry racism or tribalism when you are held responsible for crude behavior. The discussion on which is worse between racism and tribalism boils down to location and who is affected. Usually, both racism and tribalism are based on economic and political competition within the same country. After all, Africans did not determine or even given a choice of which country they wanted to be part of. It was divided and negotiated with drawn lines by colonialists on paper. Africans, unah see unah lives?

Once the country is divided along ethnic lines, another sub-ethnic group becomes distinct from their larger group demanding economic and political power. Since the rivalries take place on their ancestral land, the borders may become contentious. The smaller or narrower their ideologies and differences, the more likely are they to become tribalistic within the same race: my people are killing my people.

Xenophobia factor rears its ugly head from anger created by lack of promised opportunities to those at home while newcomers excel against all odds within them. Natives set aside their internal angsts or rivalries and gang up on non-natives. Obviously, this is born out of jealousy and some notion that their leaders enable foreigners to partner with them out of corruption and favoritism.

Asserting culture and language from their original home can pose a threat to their hosts in a different land as we see from the history of America where Native American Indians were almost wiped out of existence. Dominance may be by numbers but not necessarily since the minority can dominate the majority to foster their interest using tribalism. The Fulani in Northern Nigeria are the ethnic minority in the land of Hausa majority. Their political and economic interest is not in doubt.

Borderline problems can be fierce because there are no distinct demarcation compared to one racial or ethnic group migrating to another land. They can melt into their hosts by adopting the language and culture or retain the same culture from their ancestral land. It may be peaceful in many countries until some economic natural resources are discovered on the land. The fact that a country is divided into political entities does not solve the problem as we witnessed in Sudan. Even within Southern Sudan, there are ethnic rivalries that turned into another war.

Nevertheless, Somali are from the same race, ethnic group and speak the same language. Yet civil war divided them into different countries. Hate, intolerance and lack of accommodation can easily divide the same ruling families in the same community when the time comes to ascend the throne. Looking for the cause of differences or tolerance may have more to do with economic interest, politics, greed and selfishness. The leaders always claim they are fighting for their "people".

There are also provocations since crude behavior, impunity and cronyism get new comers in trouble with their hosts. Experience taught us that you can catch more flies with honey than with vinegar. So when you are in Rome, you behave like a Roman. Americans want you to love it or leave it. At the same time, multiculturalism enriches most of us. The more languages we speak the more informed we are. Some people considered these as threats to their cultural way of life because their language and culture could be dominated by strangers.

Provocation can also come from those without provenance trying to take advantage of those they met in their new environment by joining with oppressors to enforce injustices. If those before you complain of oppression by the majority, it does not make sense to join the majority out of selfishness and greed, to use you to implement policies against minorities that look like you. This is what divides African Americans, Native American Indians and new immigrants. In the process you provoke scorn, ridicule and hate from those you met there.

Asians have made better gains than Africans in Europe and America despite the loud mouth of Nigerians. Indeed, the horn of Africa has made more gains lately in the USA. Some Africans have been accused of disrespecting the natives in Europe and America. But Asians and Africans are given little credit for starting new small businesses where they make little profit to give their children better educational opportunities than they had. So the frustration is obvious when these first generation born outside their original Home still get less opportunities than their classmates.

The power of constituted authorities have been usurped by unscrupulous gangs pretending they are looking for enforcement jobs when in fact they are looking for the chance to inflict the same illegal jungle justice on minorities like their "good old days". Gangs of extremists have been exposed disguised as activists to commit crimes no reasonable activist would dare. It serves their purpose to attract more repression and defeat the implementation of progressive causes.