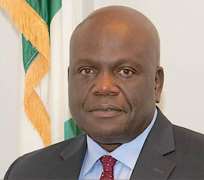 The earlier planned date of 21st June 2020 for the resumption of domestic flights in Nigeria may not be realistic after all.

The Director-General of the Nigerian Civil Aviation Authority (NCAA), Captain Nuhu Musa, dropped this hint while answering questions during the daily briefing of the Presidential Task Force on COVID-19.

Musa on the occasion said categorically that the NCAA will not approve the resumption of flight operations until it gets confirmation that operations can be carried out in a safe and organised atmosphere.

His words: “We never said aviation is going to start definitely on the 21st. We were supposed to put a report back based on what we have and we have some work to do. As such, June 21 is not a feasible date to resume operations.”

While stating that there as a lot of work to be done before operations can resume in the aviation sector, Musa added: “Prior to this mandate from the presidential task force, the regulatory body, NCAA had developed advisory circulars distributed to the different sectors of the industry.

“These circulars required all sectors of industry to present a restart plan to the regulatory body for approval. A lot of service providers have provided their restart plans and these restart plans are to be reviewed by the civil aviation authority.

“When we review those documents, if we are happy with those documents, then we will go to each individual organisation to verify what they have given as their restart plan. Some provided inadequate documents and their documents were sent back to them.