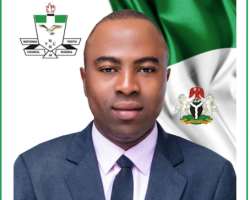 The President of the Nigerian Youth Congress (NYC), Blessing Akinlosotu, has called on the government across all tiers to introduce self defense subjects/courses in secondary and tertiary institutions respectively, for the female gender.

Akinlosotu made the call yesterday in his office at the Federal Capital Territory, Abuja while addressing a cluster of journalists in regard to the increasing rape cases in the country.

He suggested that it would go a long way in helping combat the act amongst youths.

The dogged young leader who has been a leading-leader by example suggested that the Nigerian government should seek a public opinion from her female gender citizens on the penalties a rapist deserves for perpetrating such an evil act and thereafter adopt one, after striking a balance through the instrumentality of the law (Fundamental Principles).

Speaking further, he admonished the government to also include a subject that would teach the male gender the consequences of rape and its religious implications as well as the extent to which the female gender suffer damages and lifetime trauma.

"Mothers should handle their female children with all sense of cautiousness and secure them with close monitoring in other to scare away rapists who are on the look-out for victims. This would go a long way in averting this act”, he added.