Rape Epidemic; A Destructive Effect Of Online Pornography Addiction In The Technology Age !!! 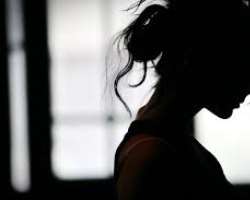 The world we live in today is full of advanced technology inventions. Life has become so much better with the introduction of smart phones, iPhones, tablets, internet etc and the number of internet users are increasing on daily basis, but we must be mindful of the dangers of addiction and abuse of these technology inventions.

Online pornography addiction is a growing problem in the technology age which many victims, internet users, stakeholders and the general public are not paying serious attention to. It is breaking homes & destroying lives spiritually, physically, mentally, academically & emotionally on daily basis.

Research revealed that in every minute, more than 2,000,000 (two million) pornographic materials are exchanged on the internet and social media. This of course has a lot of negative impacts on children, youths and the society at large.

Online pornography addiction is one of the major factors that are contributing to the increase in cases of rape & child defilement in Nigeria & the world at large in this technology age. This is because online pornography addicts are always desperate to satisfy their sexual urge on any available victim after watching pornographic pictures & videos on the internet, particularly when they get to a stage at which they cannot control their sexual urge anymore. This is why we hear of cases of rape and child defilement almost every day.

It was reported recently in the media that a 22-year-old undergraduate was raped to death in a church in Benin city, three armed men allegedly gang-raped a 17-year-old girl who is a street hawker in Ekiti State, while two students were also raped and killed in Ibadan, Oyo State and all these happened within some days. There are also several cases of gruesome murder and rape of ladies, men, boys & girls by those who are supposed to be their fathers, mothers, sisters, brothers, uncles, teachers, mentors etc.

The scourge of rape is wicked and satanic. It has destroyed the future of many unsuspecting victims and sent several of them to an early grave.

In order to deal more effectively with the scourge & reduce it to the barest minimum in the society, here are some important tips:

1. Children should be educated on internet safety because they are the most vulnerable. This is also applicable to adults. Online pornography addicts and paedophiles are always on social media to search for their victims.

3. Moral and Sex education should be included in the curriculum of primary, secondary and tertiary institutions.

4. Children should be discouraged from watching pornographic films, videos or other pornographic materials because in most cases, it increases their sexual urge which may eventually lead to rape or child defilement when it becomes uncontrollable.

6. Indecent dressing should be prohibited in the primary, secondary and tertiary institutions.

7. There should be more awareness campaign on rape & child defilement on daily or weekly basis on the media, in schools, markets and other public places.

8. The criminal justice system should be strengthened in order to ensure quick prosecution of perpetrators.

9. Perpetrators should not be allowed to enter plea bargain on cases of rape & child defilement.

10. The signing of "Sexual Violence Against Children Bill" into Law by the Executive Governor of Ekiti State, His Excellency Dr. Kayode Fayemi and the establishment of Sex Offenders Register, publication of names of convicted sex offenders in Ekiti State is a welcome development and should be emulated by other state governments, as this will ensure effective prosecution of perpetrators & reduce the scourge of rape & child defilement to the barest minimum.