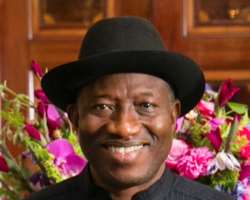 Governor Godwin Obaseki’s exit from the All Progressives Congress, APC, to the Peoples Democratic Party, PDP, where he is expected to fly the party’s governorship flag in the September 19, 2020 governorship election was sealed since February 24, 2020, by former President Goodluck Ebele Jonathan, when he paid the governor a visit in Benin City, can authoritatively report.

Sources with knowledge of the arrangement said that former President Jonathan was specifically in Benin to woo Obaseki to consider crossing to the PDP following his protracted bickering with his erstwhile political mentor and national chairman of the APC, Comrade Adams Oshiomhole.

Jonathan, our sources said, assured Obaseki that the National Chairman of the PDP, Prince Uche Secondus, and key figures in the party from the state and the South/South zone were open to handing him the PDP ticket if he dumps the APC.

The sources added that Obaseki assured the former president he was open to joining his party but would first have to fight Oshiomhole from within the APC “to a logical conclusion to enable him cause maximum damage” to the APC brand before his exit.

Obaseki was Friday formally disqualified alongside his ally Mathew Iduoriyekemwe and Engineer Chris Ogiemwonyi from seeking reelection on the APC platform by the governorship-screening panel at the behest of Oshiomhole. There are at least 12 ongoing lawsuits bordering on the APC governorship primary process in Edo and the leadership of the party in the state. THEWILL further gathered that Iduoriyekemwe and members of the party, who are Plaintiffs in the matter but sympathetic to Obaseki, would remain in the APC to fight the cases tenaciously as part of a broader strategy to keep the party in limbo.

Obaseki had met with Secondus and some governors of the PDP in Abuja two days ago to perfect his entry to the party following feelers that he would be disqualified by Oshiomhole as previously reported exclusively by THEWILL.

Obaseki Friday resigned from the APC and formally joined the PDP in his Ward.

Recall that Jonathan had said he was in the state to express appreciation to Chief Gabriel Igbinedion, the Esama of Benin, founder of Igbinedion University and a stalwart of the PDP, for bestowing on him an honorary degree.

He told journalists that he paid Obaseki a courtesy call to inform him of his visit to the state as required by protocol for a former President. He commended the governor for “providing impactful and purposeful leadership in the state”.

“Traditionally as someone who has been a president or a senior political office holder, when you go to a state, you have to pay a courtesy call on the chief executive; even if you are free or not, at least you must inform him,” the former president said.

Analysts expect the Edo State Governorship Election to be a very tight two-way contest between the PDP and the APC, with Osagie Ize-Iyamu, Oshiomhole’s preferred choice, expected to emerge the candidate of the APC. Irrespective of who wins at the poll, our analysts project that the judiciary will decide the final outcome of the vote and determine who governs the state for the next four years.