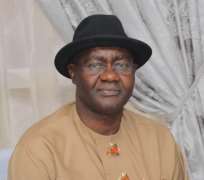 Former representative of Rivers South-East Senatorial District at the National Assembly, Senator Magnus Ngei has called on members of the All Progressives Congress (APC), to come together, summon courage and be willing to revive the fortunes of the party in Rivers State.

Abe, in his reaction to a court judgement of the party titled: RIVERS APC, ITS TIME TO MOVE FORWARD" which he personally signed said, what the party needs is healing for those who have been hurt, justice for those who were deprived and inclusion for all stakeholders who were excluded from the party for no reason other than the fact that they hold a different opinion.

The statement reads in parts: "I have reviewed the judgements of the High Court of Rivers State delivered yesterday (June 9, 2020).

In essence, these prayers are the substance of the reliefs granted by the court.

In the peculiar situation in which our party has found itself in Rivers State, these pronouncements offer us a unique opportunity to come together and put the All Progressives Congress (APC) in Rivers State on a sound footing".

Senator Abe in the statement wonder how a judgement that reaffirms the right and responsibility of all major stakeholders in the party to come together for the sake of the party could be termed bad for the APC.

"How can a judgement that redresses a grave injustice and heals the grievous crime of exclusion that was inflicted on over 19,000 (nineteen thousand) party faithful across the state be bad for our party"?

He said the only thing that is wrong with the judgement is that it failed to massage the ego of any individual.

"These judgements are a soothing balm that deliver on these expectations and I thank the judiciary for their courage in standing by the truth delivering justice even in very difficult circumstances.

The party must now move forward, it is time for us to come together and hold congresses that will leave no one out, and re-establish not just structures but hope and confidence in our party.

We must all be ready to work with each other, and work with other stakeholders including Chief Igo Aguma. Chief Aguma is eminently qualified to lead other statutory stakeholders in the State Executive Committee, he was bold enough to challenge a Caretaker Committee that was composed of unknown persons and reflected neither the inputs of other stakeholders nor the political realities on ground in the state.

He is entitled to the fruits of his victory, in any case, he is one out of twenty-seven but he is one of us and known to all of us".

Senator Abe called on Igo Aguma not to harbor any personal grudges or hidden agenda but to reach out to all persons of consequence in the party who are desirous of repositioning the party; summon the courage to move on if people do not desire to be part of the rebuilding of the process as no individual can be bigger than the party.