Nigeria: Three-year-old Girl And Nine Others Die In Latest Attack In Kajuru 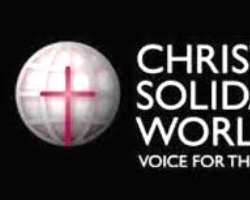 A three-year-old girl has died from injuries sustained when her community in the southern part of Kaduna state was attacked by armed assailants of Fulani ethnicity on 3 June.

Elizabeth Samaila suffered multiple machete cuts to the head during the attack on the Tudun Agwalla community in Kajuru Local Government Area (LGA), which occurred at around 5.00am. She died in hospital on 4 June. Ms Samaila is the tenth victim of the attack; the other nine include Richard Yusuf, Kefas Yusuf, Fidelis Wada, Kachia, Genesis Soja and Rahab Soja, all of whom were hacked to death with machetes, and were buried in a mass grave later that day. An unknown number were also injured in the attack, including 8-year-old Rita Friday, who received a head injury, and seven people remain unaccounted for.

The attack on Tudun Agwalla is the latest in a series of coordinated armed assaults on Christian communities in southern Kaduna state by Fulani militia. Since the beginning of the year these attacks have centred particularly on Kajuru LGA. In a press statement issued on 22 May Awemi Dio Maisamari, National President of the Adara Development Association, highlighted that between “1 January and 22 May 2020, there have been 63 attack and kidnapping incidents, in which 107 people were killed, around 49 injured, and over 66 men, women and girls abducted for ransom. In addition, over 111 houses were burnt, 32 entire villages destroyed and 20,000 persons displaced.” The attacks continue to occur despite the imposition of a COVID-19-related lockdown on 25 March.

CSW’s Chief Executive Mervyn Thomas said: “We extend our deepest condolences to the family and loved ones of Elizabeth Samaila, and to all those affected by the attack on Tudun Agwalla. The painful death suffered by this three year-old highlights the full extent of the depravity of those who killed her. What is particularly unacceptable is that her death is the latest to occur in a series of attacks which continue unabated. Southern Kaduna is steadily being transformed into killing fields, either due to a gross failure of governance, or official indifference and acquiescence. International pressure must now be brought to bear on both the state and federal authorities to ensure protection for these vulnerable communities, and that effective action is taken to disarm all armed non-state actors, and bring the perpetrators of these horrific atrocities to justice.”

In a Tweet session on 4 June organised by the Kaduna based legal firm the House of Justice and entitled “Southern Kaduna Massacres in International Relations,” one of the two panellists, the Abuja-based Senior Legal Officer at the Open Society for Justice Initiative, Professor Chidi Odinkalu, disputed the characterisation of events in southern Kaduna state as a conflict: “What kind of ‘conflict’ is it that hacks children to death when they are sleeping? This laziness of language has to stop.” The professor also highlighted the problem of “massive and irresponsible governance,” and the fact that Governor Nasir el Rufai of Kaduna state has failed to address the crisis in an even-handed manner.

Dr Leena Hoffman, the second panellist and Associate Fellow of Africa Programme at the UK international affairs think tank Chatham House, described the situation in southern Kaduna as “a microcosm of Nigeria’s present geography of conflict.” She added: “Given the intense insecurity in Southern Kaduna, preventative measures are urgently needed. Affected communities in #SouthernKaduna must be made to feel like their lives and the monumental impact of this crisis matters. Grievances and mistrust have deepened and hardened over the years. Dismissing such feelings fuels frustration towards the Kaduna state and federal governments... Ending impunity also means reducing the chances of aggrieved communities taking matters into their own hands.”

Elsewhere, on 1 June the senior pastor of the Christian Reformed Church of Nigeria (CRC-N) in the Mararrba community in Donga LGA, Taraba State, Reverend Emmanuel Saba Bileya and his wife, Julianna, were shot dead by suspected ethnic militia while working on their farm. The couple leave behind eight children aged between one and 19. Two weeks prior to his death Rev Bileya had written to church contacts in the United States detailing a recent escalation in tensions between members of the Tiv and Jukun tribes which he stated had claimed several lives, and had occasioned the destruction of 10 villages and several churches.

The murders have been condemned by the governor of Taraba state, Darius Ishaku, who expressed his condolences to surviving family members and the CRC-N in Mararrba, and his sadness that such murders were increasing in frequency in southern Taraba state.

Mr Thomas continued: “The circumstances surrounding the deaths of the Reverend and Mrs Bileya are deeply alarming, as they appear to illustrate yet another facet of Nigeria’s security crisis. We extend our deepest condolences to their family, friends, church and community, and pray especially for their children, who have lost both parents in such a cruel and senseless manner. The authorities in Taraba state must act swiftly to trace and apprehend the perpetrators of these heinous murders, and to restore peace."