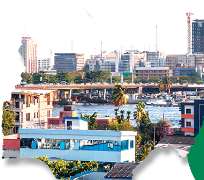 As the U.S. government prepared to hand over to Nigeria $300 million in stolen funds looted by the former dictator Sani Abacha, concern was growing across Washington, including within the Trump Administration, over the Buhari Administration’s abysmal human rights record, mounting persecution of Christians, and serious disregard for rule of law. Voices inside and outside of the Trump Administration began to sound the alarm and call for these Abacha monies not to be transferred to the Buhari regime.

U.S Senator Chuck Grassley led the charge in a letter to the U.S. Department of Justice’s (DOJ) Money Laundering and Asset Recovery Section (MLARS) urging a halt to the repatriation given “Nigeria’s corrupt history, its plan to return stolen money to an official involved in the original corruption, and its refusal to assist the U.S. with an Abacha forfeiture action…”

The concern of Senator Grassley was echoed by U.S. Representatives Steve Chabot, co-chair of the Nigeria Caucus and member of the Judiciary Committee, and Chris Smith, Ranking Member, Subcommittee of Africa, who expressed concern over Nigeria’s track record on rule of law and the involvement of contractors with a history of corruption allegations, writing, “we believe that at least one likely beneficiary of one of these infrastructure contacts, Julius Berger Nigeria Plc, has been involved in significant corruption in the past, and can reasonably be expected to engage in such practices again.”

The Nigerian House of Representatives has even set up an inquiry to investigate these allegations, and the DOJ has threatened to “claw back” the monies if there is any whiff of corruption.

And now the DOJ is opposing plans to repatriate further Abacha monies because AG Malami is planning to hand about $100 million of that looted money back to one of the people who stole it in the first place: Kebbi state Governor Abubakar Bagudu, a top lieutenant of President Buhari and known associate of the Abacha family.

This reminds us of when AG Malami hired his friends, lawyers Okpeseyi and Adebayo for $17 million, to collect Abacha monies being stashed away in Switzerland instead of tasking his own Ministry officials to secure the loot. Here’s the only problem: the money was already recovered by the Swiss authorities; so why was the $17m contract needed?

Human Rights, Protection of Christians
Things in Washington are not going Abuja’s way despite efforts by some in the U.S. Embassy in Abuja and the Bureau for Africa Affairs to turn a blind eye to the Buhari Administration’s missteps.

Last week, the situation ballooned with U.S. Senator Grassley taking to the floor of the U.S. Senate to condemn Nigeria’s record of persecution of Christians stating, “The Nigerian authorities need to stop this persecution now, and the U.S. government needs to do what it can to support that effort.” This followed a letter he co-wrote with his colleague, U.S. Senator Jodi Ernst, urging the U.S. State Department appoint a Special Envoy for the Sahel region to ensure the protection of Christians.

Some in Washington try to claim that there is no independent confirmation of this situation. This is willful blindness. The situation has been well-documented and corroborated in detailed recent reports by the Hudson Institute, HART, the International Committee on Nigeria (ICON) and Amnesty International amongst others.

This pattern of behaviour is consistent with the perilous situation facing Grace Taiga, a 70-year old, ill, Christian woman, who was illegally detained and denied critical medical care by AG Malami over her role as a witness to signing the P&ID GSPA.

This illustrates a simple truth: that the actions, or lack thereof taken by AG Malami in the P&ID case are in fact part of a larger, consistent pattern of behaviour. Fundamental freedoms are being eroded. The process of justice; freedom from coercion; the protection of individual rights; religious freedom – all of these are viewed not as absolutes, but rather as optional privileges that can be applied or withdrawn on the whim of AG Malami. This is not the rule of law, but rather the rule by law, when the law and its institutions are used as a tool of oppression to impose political, or individual, agendas.

P&ID employees and affiliates have been experiencing this reality since the Fall of 2019, in the immediate aftermath of the UK court’s decision to uphold the legitimacy of the Arbitral Award. The Nigerian government’s pattern of disregard for rule of law is clear: the sham investigation and show trial aimed at P&ID is one of the most public examples.

London Calling…
AG Malami does not seem concerned about the atrocities and corruption that is happening on his watch. The Nigerian media has exposed a recent shopping trip to London by Malami and his team, when they were supposed to be leading Nigeria’s legal defence against P&ID in the English Courts. As you read the expose, readers are left with an intriguing question: “Do these photos portray to us the reason why the government is dragging out a long case against P&ID? Could it be that they can simply guarantee more expensive trips to London for “necessary” court hearings and meetings (and therefore shopping trips)? One Malami associate – a central figure in this shopping excursion - is, so far, unidentified. If you know who he is, contact us.