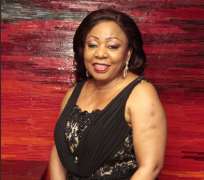 My attention has been drawn to a disturbing report concerning the handover of 52 housing units to displaced Bakassi indigenes at Ifia Oyong by some mischievous elements who would want us to believe that the handover event was a hoax in continuation of their political war of attrition against the state governor.

As a responsible leader of Bakassi and in my capacity as chairman of the allocation committee for the said 52 housing units, I wish to vehemently protest the use of the plight of the people of Bakassi in any silly propaganda war.

The fact is that on the 29th of May 2020, the government of Cross River State performed the formal handing over ceremony of the 52 housing units promised by Governor Ayade a few years ago.

Ifia Oyong is in a remote location very close to Cameroon and it is regarded as vulnerable security wise. In my capacity as chairman of the allocation committee, I directed that physical occupation of the housing units be put on hold until adequate security arrangements are put in place.

Indeed, we have received solid assurances from the state government and the security agencies that a sustainable security architecture is being designed for the community.

The insinuation by some latter-day wannabe activists that I colluded with the governor to arrange a hoax photo opportunity with a poor old woman is therefore, ludicrous and insulting. At my present station in life, I crave no favours from any government and in fact, I no longer play local partisan politics. I am appalled at being drawn into the childish rantings of malcontents.

For the avoidance of doubts, the physical occupation of the housing units will soon take place and the old woman who only came to be a part of the handover ceremony will formally move into her alloted housing unit.

As a credible leader of my people, I take exception to the fallacy credited to the upstart Facebook activist that I was smuggled in by the state government a day before the ceremony to lend credibility to a hoax. The truth is that, I arrived Calabar at my expense on a private jet with registration number N870JS on the 2nd of May at precisely 12:22pm after undergoing 5 weeks of isolation in my Lagos penthouse.

I came to Calabar on the strength of a medical report which granted me clearnce to fly into Calabar to keep physiotherapy appointments with my Calabar based therapist. Upon arrival, I undertook another 14 day period of isolation in my house on Diamond Hill Calabar like the responsible medical professional that I am.

My first interaction with the governor took place after my period of isolation when I accompanied him to inspect the housing units before the formal handover ceremony. For a disgruntled runt, masquerading as a social media activist to blatantly lie that I was smuggled in to hoodwink the very people I have dedicated my life to serving is nonsensical in the extreme.

I would like to put all contending political actors and ethnic jingoists on notice that the plight of Bakassi indigenes should never form the backdrop for their nefarious scams. As a people, we have real and tangible issues to contend with without having to deal with silly distractions.