Updated With Photo of the Convict 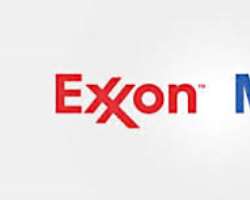 The reckless sexual promiscuity and raping of his tenant’s teenage ward, has fetched a former Exxon Mobil engineer, James Onuoha, 15 years behind bars. Justice Adedayo Akintoye of an Igbosere High Court in Lagos lsland sentenced him without an option of fine for deflowering a14-year- old girl, a tenant’s niece. The Lagos State Counsel, Mr Babatunde Sunmonu, announced his appearance for the prosecution while Dr Victor Olowonla, appeared for the defense counsel. Delivering judgment, Justice Akintoye, said Onouah was guilty as charged and should, therefore, be punished.

In his Statement, Olowonla pleaded with the court to tender justice with mercy as he was a first time offender. ” My lord, he is a first time offender, he is a family man with wife and children and also the breadwinner of his family. ”He has lost his job since this case came up, going by the circumstances of this case, I urge my lord to tender justice with mercy, ” he said.

Recall that Onouah 42, was arraigned by the Lagos State Government for allegedly raping his tenant’s 14-year-old niece. He was first arraigned in January 2016 at the Magistrates’ Court on a four-count charge of defilement. Onouah was remanded in Kirikiri Correctional Centre pending legal advice from the State Director of Public Prosecutions (DPP).

He, however, pleaded innocence of the offences. Following the DPP’ s advice, the case was transferred to the high court for trial. Onuoha was alleged of committing the offences on January 4, 2016, at 11.30 a.m.,at 25, Samuel Amoore Street, Idowu Estate, Ike-Ira Nla, Lekki-Ajah, Lagos.

The prosecution led by Dr. Jide Martins said the defendant willfully had an unlawful sexual act with the teenager without her consent. The offences contravened Sections 134 (2), 135 (1), 137 and 258 of the Criminal Law of Lagos State, 2011.