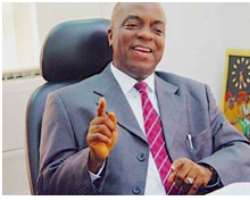 Governor Abiodun of Ogun State have hit hard at Bishop Oyedepo with the new Covid-19 directives which locked down Saturdays and Sundays only. According to the new directive from the governor “Relaxation windows will now be observed on all five working days (Monday to Friday), but the FG-directed curfew from 8 p.m. (night) to 6 a.m. (morning) remains in place on these days. Total lockdown will be maintained on Saturdays and Sundays”.

Governor Abiodun’s actions have been seen as muscle flexing with Bishop Oyedepo whose church headquarters, Faith Tabernacle, is at Ota in Ogun State. The church complex has a seating capacity of 50,000 and overflow capacity of over one million during Shiloh programmes. The church’s weekly attendance before the pandemic is close to five hundred thousand.

Bishop Oyedepo from the onset had condemned the closure of churches in the wake of the pandemics. When the government relaxed the markets, Bishop Oyedepo said that “For people to be allowed to be in the market for six hours and can’t be in church for two hours, it’s an upside down way of looking at things. There is more hope for a poor and wise child than an old foolish king who would no longer be admonished (Ecclesiastes 4:13),”

“The greatest headache of the powers of darkness is the growth and expansion of the church worldwide. No civilization has ever endured without a foundation in Christ. Where were the philosophers of Greece? I can smell a rat.

“The forces of darkness are influencing people at various levels, targeting the church, because the growth and expansion of the church is the greatest headache of the devil. But the gates of hell shall not prevail,”

In response to his treat, the Ogun State Commissioner of Police, Kenneth Ebrimson, in a veiled response warned in a statement that “The command hereby appeals to such religious leaders in both Islamic and Christian faith who may be having such intention to have a change of mind because the security agencies in the state will view such with all seriousness”.

Six days ago, Bishop Oyedepo said again that “21 states are open to worship, the other ones have no choice. They should just know that they have no choice. Trump had declared places of worship open across the US. That is how God has been humiliating this noisome pestilence.”

The Governor had responded to the Bishop’s statement by throwing his weight around and locking down Saturdays and Sundays, while restrictions are relaxed from Mondays to Fridays.

Some senior pastors in the church have told me that the restriction is targeted at the Presiding Bishop of Living Faith Church, and I have every reason to concur with them.

While Muslim leaders are demanding for places of worship to be opened, including defying government directives, churches are groveling, genuflecting, begging and appealing to unbelieving government officials to allow them to operate.

I have advised against it in a piece titled ‘Covid-19 Lockdown: Tithes, Offerings in Danger’, in paragraphs 3 and 4 I argued that

I said further that “Everything is wrong with it! I mean everything! Let nobody tell me any nonsense. Since these filthy things closed down the churches, how far with their corrupt efforts to stop Covid-19 “

Covid-19 has relegated the flamboyant church of Jesus Christ to spineless beggars who must operate at the behest of filthy government officials while conflicting incompetent directives from the WHO is ruining the world. This is my position and I have not seen any superior argument to change it. China, India and Japan are not relying on any WHO guidelines to rid their country of Covid-19, and these counties are of Buddhists, Hinduist, Shintoist and atheist religious leanings while the sons of Abraham; Christians, Muslims and Judaists are pandering to the whims and caprices of a discredited WHO.

Things have fallen apart! The church is in terrible mess! In the coming weeks, these corrupt officials will be ordering them about the manner village headmasters’ orders pupils about. This evil seed of ceding influence to corrupt and confused government officials the church is about to reap. The early church defied Emperor Nero’s orders and continued worship, despite persecutions. The early church had earlier defied the Sanhedrin, the Chief Priests, the Pharisees and Sadducees and continued until they become strong. Therefore, these lame excuses that ‘we should obey government’ are products of monumental bootlicking and spiritual senselessness.

The government is confused; the church is begging confused people for solution. Tufiakwa! Why then are they trying to open up the economy if their initial measures were correct? Nonsense! The church should use the spiritual resources at their disposal, if they have not mortgaged it to marine sprits, to force these unbelievers, drunkards and looting addicts to open places of worship and let the dehumanized Nigerians ask their Maker for Solutions. They should act fast before Hollywood, Nollywood, Champions League, Music Shows, Movie Premieres and Owambe takes the position of God and the church.

The followers of Bishop Oyedepo should not abandon the General in the midst of storm. The next ‘Week of Spiritual Emphasis’ should be used to force the churches open. All these sons of the prophets, time to arise have come. They should know that Oyedepo’s insistence that churches should open will affect the reopening of Redeemed Camp, Deeper Life Retreat Centre, and MFM Prayer City among others. These pastors should help in a collective struggle.

That some pastors died of Covid-19 is inconsequential. The Bible said that “the just shall live by his faith”. I alluded to it much in my piece condemning why ‘Church leaders Abandoned God, Suspending Masses, Deliverances and Anointings’. Therefore, any pastor that lacks faith in God should hide under his wardrobe for fear of Covid-19 and allow those that have faith to operate. They should not hinder those who still believe in the God of the Pandemics.

Governor Abiodun and Bishop Oyedepo’s relationship had not been cordial. Oyedepo never supported his governorship ambition, and the governor had not shown much respect for the achievements at Canaanland. However, the followers of Bishop Oyedepo should exert spiritual resources and ensure that the Sunday lockdown, ostensibly aimed at hitting hard at the preacher by Governor Abiodun , is reversed.