By Say No Campaign 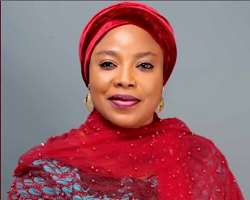 At the onset of the palliative item distribution by the Minister of State Federal Capital Territory Administration (FCTA), Dr. Ramatu Aliyu, in all the 6 area councils of the FCT, the minister announced a total of 600 000 items earmarked for the exercise, adding that the exercise will be conducted in different rounds.

Ever since the announcement, Say No campaign through its community anti-corruption network, who are citizens groups residing in the 6 area councils, have been monitoring the process of distribution closely, for transparency of the process and accountability.

Say No Campaign notes and commends the continuous effort of the FCTA to keep the distribution exercise going in other to exhaust the 600,000 total items budgeted to cushion the effect of COVID_19 in the FCT.

However, we are worried over the reports we have received so far from our community observers regarding the second or third phase of palliative distribution (as some community members claimed), which according to the FCT minister of state’s twitter handle, began on the 21st of May 2020,

What is worrisome is that community members, especially in Kuje and AMAC, claimed that their council executives notified them that the FCTA palliative distribution is in its third batch, as the councillors were invited to collect on behalf of their wards, for individuals who were omitted from the first and second batches.

There seem to be a gap in information or communication as it relates to the commencement and actual delivery of the second and third round of the distribution, as the case may be, in the area councils, unlike the previous exercise, most community members seem unaware. Similarly, the total numbers of items delivered to the area councils are unknown to community members.

In kuje for instance, besides the fact that community members are uncertain about what round of distribution the FCTA through the council is currently sharing, council members who took delivery of the items for their individual wards failed to confirm the actual number of items received by the area council. However a distribution list retrieved from one of the distribution officials, titled ‘Distribution of 3rd batch of palliative in Kuje’ documented a total of 6000 bags of rice and 6000 bags of condiments for the 10 wards in Kuje.

Judging by the estimation of the Minister of state to give 24 thousand items to each area councils, one is left to wonder whether 3rd batch and 3rd round of distribution means the same thing and if it does, how did Kuje end up sharing only 6000 bags out of the purported 24 thousand bags of rice and 24 thousand bags of condiments? There is a dire need for clarification by the FCT minister of State, KUJE area council executives and the distribution officials.

In AMAC, the situation is worse, community members alleged that some of the councillors made away with the palliative meant for their wards. In fact, our reports indicates that unlike the previous exercise from the first round of distribution, where palliatives for each ward was handed to the councillors and their subcommittees, this time, councillors single-handedly received the items for their wards. Community members in some wards like Nyanya, Kabusa, Wuse and Karshi are accusing their councillors of absconding with the items as no distribution has been witnessed in these regions after over 3 days of receiving the items.

It is necessary that the FCTA intensifies its oversight role on the area councils to ensure that council officials who sabotaged the process for personal gains are held accountable. Communication of the subsequent rounds of distribution has been very poor, making the process suspicious, susceptible to possible diversion and even fraud. It almost makes it impossible to track. For instance, we would like to know the total number of items currently shared and how many more should be expected; the recipients of the second and the third rounds; modalities for sharing and what is the verified numbers of items delivered to the area councils in both rounds? Abaji and Bwari are claiming not to have received another round of the palliatives besides the first distribution exercise, how then is the FCTA distributing the 100,000 packages for these area councils and indeed the others?

Reports don’t seem to suggest there has been noticeable improvement despite our comprehensive reportage of the round-one distribution exercise, rather, our findings indicates that the first exercise with all its attendant flaws including night sharing of items, discrimination, lack of proper coordination, disregard for beneficiary list resulting in indiscriminate sharing, disregard for social distancing, lack of effective communication etc, was more inclusive and better communicated.

Though FCTA had given assurances that the team will do a better job, regrettably, significant progress is yet to be noticed. There were reports of night sharing taking place in Kuje and randomized sharing with no effort at developing a beneficiary list.