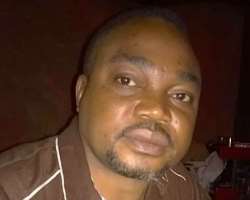 A transport operator, Prince Emmanuel Ogba, has called on the federal government and its agencies as well as state governments to provide soft loans for road transporters as a way to revamp the economy of the country depleted by the COVID 19 pandemic.

Prince Ogba who made the call while speaking to journalists in Port Harcourt, the Rivers State capital said this has become necessary following the huge loss on the transport sector due to the total and partial lockdown imposition by government across the country to save lives from the Corona virus attack which has devastated economies of the world.

He lamented that following the closure of internal borders across the country for about two months as a result of the global pandemic, some transporters who bought their vehicles on higher purchase, are at the brinks of closing their businesses notwithstanding the role they play in the growth of the economy which has been adversely affected.

Prince Ogba who is the President of the Indigenous Transport Owners Association of Niger Delta, ITOAND, therefore appealed to the government to declare tax freedom for road transporters for a period to enable them revive the transport sector largely operated by the private sector across the country.

He noted that it will take Nigeria not less than two years to revamp her economy following the huge losses in all sectors of the economy particularly, the oil and gas sector which has experienced job losses as never before in the history of the nation.

The transporter further noted that there was need to re-open internal borders to avoid eminent collapse of the country's already devastated economy with effective security at such borders where individuals can be properly tested of the virus.

Read full Statement below:
A transport group, Indigenous Transport Owners Association of Niger Delta, has stressed the need for the Federal Government to open inter-state movements across the country as well as local flight operation in order not to kill transport business in the country.

President of the association, Prince Emmanuel Ogba stated this in Port Harcourt, the Rivers State capital yesterday in an interview with newsmen.

He equally urged the Federal Government to consider special grants for inter-state transport operators to enable them review their business which had been suspended for over two months because of the Corona-virus pandemic in the state.

Ogba explained that stoppage of business has unleashed so much hardship on the companies and their owners families, stressing that through special grants, they can start-up again.

He noted that instead of locking down the states, Government could open the markets and ensure hand sanitizers, social distancing and other protective measures are put in place.

According to the association President, continued suspension of both inter-state transportation and local flight operations across the nation was not in the interest of the economy of Nigeria.

"The idea is that at various checks at state borders, vehicles and passengers could be properly checked and also sanitized. At various airports same checks and sanitizers also put in place.

"While the safety checks on Corona virus are being strictly observed, businesses could still be going on. This way, the economy would be saved from collapse," he said,