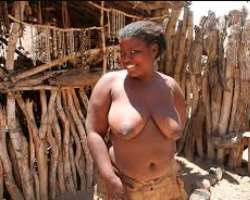 Backslidden Pastors who besieged Port Harcourt between 2010 and 2014, sucking the breast of an occult woman known as Eze Nwanyi is part of the pollution and dilution of spiritual powers which made some church leaders turned into errand boys by government officials in the wake of Covid-19 Pandemics. Among the characters that initiated a lot of pastors in Abuja before I exposed them in December, 2012, is a popular prophet based in Port Harcourt who frequents Abuja for programmes. He was killed by unknown assassins in his Port Harcourt home three years ago.

The Abuja chief corroborator, an Archbishop with big cathedral, called the local branch of PFN two years ago and confessed that he put his hands in many occult things and asked the pastor’s forum to help him. The third person, an Apostle who abandoned a thriving church in South Africa , and relocated to Abuja, has been abandoned by his wife and children when she got hint of the occult side of the husband. The rest have dwindling churches as rewards for their visits

.
The gospel ministers should rid themselves of charlatans in their midst, who in themselves constitute a minority, so that they can regain their spiritual prominence and direct Nigeria out of successive clueless leaderships of poverty, insecurity and corruption. Read the flashback of the write-up and understand why both the nation and church is going in endless circle in search of solution

Written by Obinna Akukwe , December 2012
There is disturbing news within pastoral circles in Abuja concerning some backslidden colleagues whose recent patronage of a certain Port Harcourt based occult woman is a source of concern. This woman fabled with the ability to make people see visions of people's names, phone numbers, bank details, colors of ladies underwear and sundry secrets. After reading my recent article 'New Style Prophets : Visions of Phone Numbers and ladies Underwear', a pastor who was about to be initiated into the Port Harcourt Cult of Prophets, out of little fear of God, sought a second opinion on the issue. This pastor who has a small church in Abuja believes that the numerical strength of his church is not commensurate with his efforts and is desperate to try other means of succeeding in ministry. Therefore, he intended joining the group loyal to the mystery woman before my meeting with him.

Some pastors have confirmed to me that actually there is a woman in Port Harcourt who gives power to see visions and they mentioned the names of some colleagues that patronized her. This woman whom they claimed is so powerful that she can appear and disappear, will firstly demand some indecent sexual gratification from the prospective pastor as signs of loyalty, including sucking of certain organs. After the sexual affairs, she will make some animal cry and administer some other materials and the eyes of the patrons will open to see the spirit world and discuss with some strange beings. She indoctrinates them that there is nothing like heaven, hell or sin and that God kept lots of treasures in the water kingdom to help humanity in fashion, music, movies, politics, finance, health and pastoral work and only those bound by oath of loyalty and secrecy are eligible to access the treasures of the spirit world. They described pastors who are yet to join as slaves who will soon bow to the children of the illuminated.

Many pastors, both young and old ones are being lured into this Port Harcourt cult and within weeks what appears like miracles, prophesy and prosperity becomes regular feature in their congregation. Some notable pastors in Abuja have shamelessly joined the bandwagon while a others stuck to their other sources of powers. One of the recently initiated pastors mentioned the names of a bishop and a prophet patronized by top government officials within the presidency among those who convinced him to visit the woman. Rather than see the entire operation as demonic, he sees it as business and advised others to connect before the window closes.

Another pastor who renounced membership of the cult earlier in the year had to ran away from his base to Abuja when he received constant death threat from the group. He was advised to subject himself to days of fasting at one of the deliverance churches in town which he promptly did.

The situation has become alarming that the aforementioned pastor who was approached for membership, out of indecision and fear of hell fire, sought my opinion, and subsequently paid a visit to a recent initiate. According to the recently initiated pastor, the consultation and oil fee was initially N100, 000 naira but due to the surging crowd, they have increased the consultation fee to N200, 000 naira. Then there are prices for different types of oil. The most popular is called ''seeing oil'' which empowers people to see into other peoples secret. The next most popular oil is called 'do as I say' which makes it possible for the congregation to do whatsoever the pastor says without any compulsion including surrendering all live savings. There is also oil called 'touch and follow' which they use to hypnotize any beautiful lady who comes their way into sleeping with them. There is oil for falling under anointing called 'slaying oil'. There is 'crowd pulling oil' used to increase membership strength. The payment for the oil is different from the consultation fee.

This oil must be serviced and refreshed by constant homosexual, fornication and adulterous activities especially shortly before preaching. The second condition is that the pastor must emphasize on prosperity and motivational messages above the message of righteousness. The pastors will also return to give back a part of the proceeds as thanksgiving.

I had weeks earlier confronted a pastor of a church who recently patronized the woman and was excited that he now sees into people's future. This man whose attempt to draw crowd to his church and enter the league of super rich failed repeatedly despite numerous efforts, got tired of the situation and decided to help God. His submission and affinity to some senior colleagues for transference of anointing through seed sowing and impartation equally failed until a bishop introduced him to this powerful woman in Port Harcourt. This once firebrand pastor now indulges in homosexuality and adultery and does not feel any compunction about it.

This issue of pastors getting powers from occultist kingdom was first experienced by me as a young pastor in a church seventeen years ago and we observed strange things which we didn't understand but rejected because it didn't look spiritually clean. Years later during a retreat at Scripture Union Camp of Faith Okigwe, I came back to the hostel around 2am after prayers and overhead a very senior pastor of a church in Owerri at one corner behind the hostel sobbing and telling God that ''if you do not give me power now to do the miraculous, I will go to where others go to get theirs...'' This pastor, oblivious of my presence, went ahead to mention in his prayers ,the names of pastors colleagues who have gone to get powers from different places and threatened God to either show up or risk losing him to the other side''.

One of them who recently joined this Port Harcourt cult , in response to my disapproval said ''man of God, if hunger have wired you, you wouldn't be talking like this '' while the other one said that he cannot continue to tolerate the sight of little pastors making waves while he continues to be a spectator.

The Pentecostal Fellowship of Nigeria (PFN) and Christian Association of Nigeria (CAN) have not effectively monitored pastoral activities while some pastors have rejected membership of the body; therefore everybody is his own master. This overemphasis on prosperity is killing the churches that now some pastor flock to strange places for spiritual empowerment in order to belong to the class of super rich pastors, accompanied by lots of homosexual bodyguards. The generation that started the Pentecostal revival in Nigeria immediately after the Biafra war, gave birth to pastors like Uma Ukpai, Paul Nwachukwu, Austin Nwodika, Nicholas Ezeh, Williams Kumuyi, Enoch Adeboye, David Oyedepo, Mike Okonkwo and the late Archbishop Benson Idahosa , Prophet Gabriel Oduyemi, among others. The current generation is birthing pastors who flock to bar beach Lagos, Calabar, Kumasi, Ashanti, Tamale and some parts of Cameroun to receive powers.

If these Pentecostal fathers do not hasten to address this evil trend and arrest the influx of strange powers into the church, within the next five years, the Nigerian Church will become a branch of the Marine kingdom and the little fire of the Holy Spirit still remaining will be extinguished. The history of strange powers infiltrating the church started from Simon the Magnus (Acts 8 vs 9-24) who repented at the preaching of Philip but later according to church history as illustrated by Iraneaus and Justin Martyr became the author of strange signs in the church. However, the early church rose against it and temporarily checkmated it.

It is worthy to note that majority of pastors in Abuja who have been approached for membership rejected it outright and it is only few misled ones that appear excited about this Port Harcourt Occult woman. God still performs miracles in churches and pastors in need of such grace should wait upon The Lord in prayers instead of seeking the assistance of unclean spirits. Genuine pastors should shut down spiritually all these manifestations of strange powers before the anger of God falls on both the guilty and the innocent with disastrous consequences.