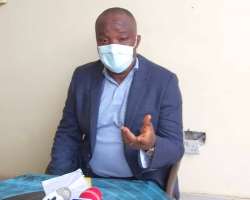 Addressing the press in Awka on Monday, the Managing Director of the diagnostic center, Mr Chijike Agbaka said the company was embarrassed to read reports in the media alleging that Senator Ubah was an investor in its business.

"We have no relationship with any politician in Anambra State. We are a serious private sector operator and we are here to help Anambra State realize it's dream of building a strong medical tourism industry. The claim by some politicians that they are behind our operations is not true," Mr Agbaka declared.

Speaking further, he revealed that the Chairman of Accunalysis Diagnostics, Chief Ifenna Okeke is a proud son of Anambra State who is passionate about investing in the state to contribute to its economic growth. Mr Agbaka also confirmed that Accunalysis is a molecular laboratory with all types of tests, stressing that their involvement in Covid-19 testing is as a result of public private partnership arrangement between the Anambra State Government, NCDC and Accunalysis. He revealed that they are putting finishing touches to a pending MOU with the Government of Anambra State following its certification and authorization by the NCDC to run Covid-19 tests in its laboratory.

It is believed that this disclaimer would put a final stop to the antics of some power-mongering politicians who would clutch at any straw to save them from drowning in the cesspool of their own duplicity.