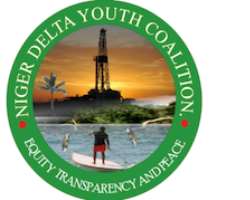 An appeal has gone to the federal government to liaise with state governments to operate the national lockdown on COVID 19 from 8:00pm to 6:00am throughout the country.

Making the appeal while speaking to some journalists in Port Harcourt, the Rivers State capital, National Co-ordinator of a non-governmental organization, the Niger Delta Youth Coalition, NDYC, Prince Emmanuel Ogba, says this would enable the free movement of citizens to specific areas where they can be tested of the Corona Virus.

Prince Ogba opined that the present situation in some states where there is total lockdown, would make it difficult for the people who are quarantined at their homes from being tested of the virus.

He expressed worry that the present situation whereby people are ordered to stay indoors without the possibility of being tested of the virus, may defeat the purpose of the lockdown as much as it is intended to stop the spread of the disease.

The National Co-ordinator of the NDYC, Prince Ogba points out that if state governments carryout different policies on the Corona virus attack with the federal government without proper synergy between the two tiers of government, there could be some misconceptions about the efforts of government to the deadly virus.

Prince Ogba also calls for the compliance of government orders on COVID 19 which are intended to safeguard the lives of the citizenry from the ravaging Corona virus which has held up economic activities all over the world adding that presently, the government should create windows for traders, the banking industry and the public who are the key factors in the growing of any economy.

He also used the opportunity to call on the government to give more attention to agriculture in the face of the present global downturn in the price of crude oil which has adversely affected the economies of nations including Nigeria which depends on the sale of petroleum products.

However, the NDYC Co-ordinator, Prince Ogba commends the efforts of some state governors including that of Rivers State, Chief (Barr.) Nyesom Wike for unrelenting in their efforts towards ensuring that the pandemic does not cause more havoc but appealed to them to continue to review the lockdown orders so that the people would be able to access not only health facilities but also food which is a basic necessity in human life.