Herbal Medicine: The Past, The Present And The Future 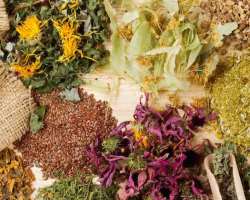 Life was indeed good while I was growing up in Ibadan with my siblings. We were practically raised rubrically as we potently made use of the Yoruba herbal medicine as a major element of immunity, prevention and treatment against the popular 'white man's alternative medicine'. We harnessed this herbal medicine as our only means of panacea to all sorts of health sicknessess. Also apparently, we never felt any conspicuous medical effect as we gladly used this herbal medicine for treatment of various genial to rational, irrational and even complicated diseases that our rich neighbours tend to spending millions of naira at the General hospital. Our parents were conversant with affordable herb plants like Ewuro (bitter leaves), Paw paw leaves, Mango bark, Scent leaf(efinrin), etc. Legibly, mother would gladly marsh up garlic, ginger, onions, scent leaf, lemon grass, unripe pawpaw, lime, African pepper and few others to treat us whenever we were down with malaria, typhoid and some other relative fevers. She will gladly prescribe herbal medicine from her endowed brain, it application and the unmeasured use. Though it was always a combination of self-medication, non-expert consultation. Seemingly, it was also readily an amazing thing and source of fulfilment that we were never denied the benefits of getting healed anytime our health situation warrants treatments.

The World Health Organization (WHO) described herbal medicine as a finished labelled medicinal products that contain a active ingredient aerial or underground parts of plants or other plant materials which include in addition to herbs, fresh juices, gums, fixed oils, essential oils, resins, and dry powders of herbs, leaves, bark, roots, rhizomes or other plant parts which may be entire, fragmented or powdered, or combinations thereof whether in the crude state or as plant preparations. Obviously, the use of medicinal plants for health related issues and treatment is the oldest and the most assorted of all remedial, restorative and medicinal systems even as it medical dispositions and rehabilitation are based on a holistic view and symptoms of the sick case. It's putative that herbs had been used by all cultures throughout history, from the corners of China to India, the Jews in Israel, Ethiopia, Nigeria and Africa as a whole. It grew to become an immanent and consequential scheme of the development of today's contemporary society by some of community members. Our primitive but quick-witted forefathers were the brain behind the variant progression and evolution in herb plants, revealing the imperatives out of the assortments of plants which were readily available in our various backyards. One cannot seem to place how these people largely derive all of these tectonic curatives out of the plant herbs maybe an examen or disquisition from botany could bail us out yet one ostensive and perhaps surprising element is how effective the herbs has been over the years of consummate existence.

Today, the use of herbal remedies has grown wide beyond the shores of Africa and also been widely embraced in many developed countries with complementary and maybe with alternative medicines now becoming epicenter in the some part of Europe, North America and South America. Some reliable studies from frontline researchers and researches from (WHO) affirmed that some of these developed countries, the most important among many other reasons for seeking herbal therapy is the belief that it will promote healthier living. Herbal medicines are therefore often viewed as a balanced and moderate approach to healing and individuals who use them as home remedies and over-the-counter drugs spend huge amount of money (in excess of billions of dollars) on herbal products. While some of their counterpart in some African countries mostly used herb plants as a sole means of preventions and cure. Little did we know why the use of herbal medicinal products and supplements has increased tremendously over the past three decades with not less than 80% of people worldwide relying on them for some part of primary healthcare without fear of effect, 90% of the African population use herbal remedies for their primary healthcare, 70% of the India population depend on traditional medicine to help meet their health care needs. 40% of people in China use the traditional herbal products of all health care delivered and more than 90% of general hospitals in China have units for traditional medicine.

Consequently, one might need to ask the question of why the world is gradually accepting and consistently using the of herbal remedies against the active presence of the alternative medicine. Many surveys and mouth to mouth interviews have been carried out on this field of doubts. Some studies claimed that effectiveness of the plant medicines are receptive and swift in response to their health challenges. While some are of the opinion that the herbal products are superior to manufactured products and also dissatisfaction with the results from orthodox pharmaceuticals and the belief that herbal medicines might be effective in the treatment of certain diseases where conventional therapies and medicines have proven to be ineffective or inadequate. In other reasons, some users of the herbal plants, also opined to the high cost and side effects of most modern drugs which can be very very overwhelming to materialize.

Regardless of these reasons of use, it's crystal clear that some of our herbs have been attested to by the health practitioners and apt researchers. Examples of such medicinal plants used and have demonstrated some plausible pharmacological results and therapeutic answers in Africa and other parts of the world includes; Aloe vera, which is conventionally used for healing of burns, wounds and some relative uses. Pawpaw, which is used as insecticide used for wound dressing, Peppermint oil is used in Nigerian ethnomedicine as remedy against irritable bowel syndrome. Bitter leaves decoction is used for stomach pains, also used for skin infections, infact the use of bitter leaves are dynamic in use. Some others includes, African pepper, alligator pepper and lot more used for various medicinal use.

Accordingly, the incessant bills and costs, unavailability of primary health care, centers, and other traditional reasons might have evidently prompted and promoted the use of traditional therapies over the modern contemplating treatments. However, their might be arguments by the modern medical practitioners and researchers that some of the herbal applications are used without diagnosis of the patients, without regulations of the drugs of when it will run expire, irrelevant contaminations, pharmacological toxicity of the product or how to make use of the herbs in it accurate measurements. Seemingly, Herbal medicines is growing fast, and better packaged that it can be purchased even from the various pharmaceutical stores or from chemist. It's becoming relevant as countries around europe and Asia are beginning to consider it use faster than the alternative.

The Nigerian society should also embrace this development, even as we currently battle the global pandemic of COVID-19 and beyond it. Countries like China, Ethiopia and Madagascar are leading the frontline of it usage albeit the herbs might still needs some medical verification and monitoring against the unforsee complications by the users. The Nigerian government must be ready to influx more herbal products into the Nigerian market, by collaborating with the established regulatory bodies such as Standard Organization of Nigeria (SON) and the National Agency For Food And Drug Administration And Control (NAFDAC). This collaboration will go a long way in promoting the herbal products, promoting a home grown Nigeria products, and also boosting the economy of the country while supporting the health system traditionally.