Getting our LGs to work again 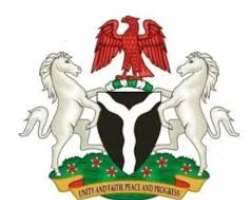 Once again, the Imo State government has placed its local government councils into the hands of unelected chairmen. It was like a volte face, having announced earlier that it was beginning a process that would lead to the conduct of local government elections in the state. The government’s earlier stand was indeed cheering to those who had followed the turbulent times in the grassroots government for more than a decade.

In as much as this clause had been provided to check recklessness among chairmen in the local governments, writers of the constitution apparently did not take cognizance of the checks and balances that also exist in the third tier government that also runs in three arms, namely the executive, the legislature and the judiciary.

Moves are being made to grant full autonomy to the local governments and it is expected that every stakeholder without ulterior motives should back the legislation which is still pending before the National Assembly. Localities, as a matter of fact, should be allowed to take their destiny in their hands and chart a course for themselves on issues of development and security. And, to a large extent, the emergence of elected officials to run our local governments has the potentials to address the instability besetting these councils.

During the Olusegun Obasanjo presidency, which incidentally kicked off the present unbroken streak of democratically elected administrations in Nigeria, the squabble between states and local governments led to delayed payment of primary school teachers, both serving and retired.

Obviously, funds allocated for this purpose, which was usually subjected to the control of the states, were brazenly misappropriated by the state governments.

As a measure against the unhealthy development, the Federal Government then undertook the direct payment of these teachers and pensioners as well as the direct funding of primary schools, thereby bypassing the states.

Things shaped up within the period of implementation of this measure until a gang-up of governors took the Federal Government to court. Life in the local governments was to take another plunge with the victory of the governors in court as salaries and pensions gradually returned to the state of mirage.

In Imo State, the worst happened when the Rochas Okorocha administration decided to pool state and local government allocations together for use on somewhat nebulous projects, leaving barely enough for salaries of staff in the councils.

The major distraction in that administration, which apparently ended as soon as its tenure elapsed, was the introduction of an ill-conceived Community Government Councils (CGCs) on the basis of autonomous communities. Because they were poorly arranged, the CGCs made no significant impact. They rather left the local government councils shattered and impotent as they were bereft of funds. This brazen violation of the nation’s constitution went under the carpet without consequences.

Elections held at the twilight of that administration were highly controversial as they suffered apathy and were practically boycotted by every political party but the All Progressives Congress (APC). Besides, they were held just as litigations had gone in favour of the sacked Ikedi Ohakim group of local government officials who also came into power in controversial circumstances. The Ihedioha administration, perhaps, fell into the same pit when it sacked the Rochas gang and did not immediately organize elections to legitimize the governments in the grassroots.

Gov. Uzodinma would have struck the right cord had he decided to hold elections instead of using interim management committees that are susceptible to the manipulation of governors who appointed them. Only when elections are held and are seen to have been democratically conducted, and the people’s choices are allowed to prevail, will the good times in our local government areas be seen to have run a full circle.

At this moment though, we must admit that COVID-19 is yet occupying our minds, our airwaves and the pages of our tabloids. A post-COVID-19 war era should see the states preparing earnestly for this all important election which has the capacity to calm frayed nerves as well as obviate impending legal fireworks in many of our states.

One more thing, the presiding governor in the affected states must rise above the petty, domineering spirit of past governors and hold sincerely free and fair local government elections devoid of manipulations and impositions in the name of building political structures. If this happens, then Imo should be ready to smile.