Okey Elechi: In The Gap Of Covid-19 Response Protocol. 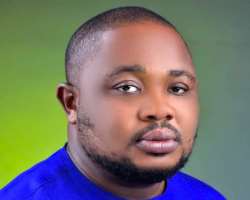 The impact of the Corona virus pandemic currently ravaging the entire globe is multi-dimentional. This dangerous virus otherwise known as Covid-19 has altered the existing world order; confounded extant medical expertise; foisted a new socio-economic protocol on the world; exposed the classical irony of leadership in Africa; and is greatly challenging the humanity in the present human generation. In response, global dramatis personas of medical science, politics, and economics delved into hysteria of activities aimed at taming the monstrous virus and abating its devastation of human health, the global economy and politics. In this rush, the basic welfares of mankind were not properly factored into the Covid-19 Response Protocols. The implication of this gap in the Covid-19 response protocol comes to light when one realizes the need to protect humanity which is the ultimate target-beneficiary of the sought after anti-Covid-19 breakthrough from hunger-induced extinction! It is this gap in the Covid-19 Response Protocol and the masturbatory welfare interventions of the various tiers of government that has, in the faces of nationwide and local lockdowns in Nigeria and elsewhere, left the masses at the mercies of the well-to-do members of their respective societies. This is the humanity challenge - the challenge to share one's bread with the have-nots!

As usual with our clime where "the love of many has turned cold", this critical masses' welfare gap in the Covid-19 Response Protocol has elicited many responses from political leaders and the people of means. However, most of these responses which are pharisaic, come in the form of food stuffs, condiments, loaves of bread, funds, face masks, hand-sanitizers et cetera which are oftentimes branded with the names and images of the donors; and come with the accompaniment of media hypes at costs that double the values of the items! Furthermore, the beneficiaries are usually subjected to tortuous selection procedures which take into account political, religious and other mundane affiliations. Added to these are harrasments of the hapless beneficiaries in front of motion and still cameras of sundry media platforms! All these defeat both the divine and cultural concepts of the virtue of charity.

However, it is heartwarming that in Ebonyi State which is a microcosm of our larger society where the virtue of charity has been watered down to mundane egocentric garrulous show, there still exists a club of many large-hearted young and old people of the divine order of charity! Okey Elechi, a young graduate of Business Administration and a Technical Assistant to the Governor of Ebonyi State on Culture and Tourism no doubt belongs to that club. This young man who cut his teeth in public service in December, 2019 took up the challenge of providing more than one hundred households of his pastoral community of Ameka in Ezza South LGA in Ebonyi State with welfare packages which included 120 bags of rice and necessary condiments as well as face masks and hand sanitizers on Tuesday, 28th April, 2020. The palliative programme took place in Community Secondary School, Ameka, Ezza South L.G.A. The councilor representing Ameka ward in Ezza South Legislative Council, Mr. Ezekiel Nwafor who rejoiced with the beneficiaries congratulated the donor for putting smiles on the faces of the people. Nwafor further stated that Okey Elechi was the first person to bring palliatives to Ameka people in this difficult time. He charged stakeholders of the community to emulate Mr. Elechi's shinning example. Speaking on behalf of the beneficiaries, Mrs. Nwoba Nworie from Umuorugbalaome kindred of Amalekwune prayed God to reward Okey Elechi with good health and prosperity for coming to their aid. Harvesting honeycombs was by all means an easier task than making reticent Okey Elechi speak about his Covid-19 palliative intervention programme. According to him, "I was touched by the plight of my Ameka people in the face of the lockdowns, so I had to get them the food stuff and other items my little savings could fetch for them. I reached people from all the kindreds irrespective of ideological or religious affiliations because hunger is our common enemy. In fact, I do not know most of the beneficiaries because it was our Traditional Ruler in-council that shortlisted them. This is supposed to be a quiet ceremony because I believe that one does not need protocol, press or even a registered N.G.O. to help people. Branding the items was not necessary as the cost could have reduced the quantity of palliative items. I am not a show man." Okey Elechi charged the people of Ameka and Ebonyi State to cooperate with the administration of Governor David Umahi in the war against Covid-19. "I appreciate Engr. David Umahi for his calculated and sustained fight against the Corona virus and his numerous developmental projects which are epitomes of his love for Ebonyi people. The virus is our collective enemy, so all hands should be on deck. I pray God to protect Ebonyi people and make us prevail over Covid-19", he concluded.

In all, this palliative intervention which was the first in Ameka Community and Ezza South council area since this global pandemic was peculiar in many ways. Coming from Mr. Elechi, a very young man and Scion of the family of an eminent jurist and excellent bureaucrat who should ordinarily be ensconced in the many frolics that characterize youthful exuberance, the gesture depicted the donor as a person of higher order value system - a rarity worth coveting in our clime. A comparison of the value of the palliative items and the income of the donor since his graduation showed that he gave much from the little he had. This positive contradiction put this budding philantropist in the mould of great givers like the widow who gave her mite in the synoptic gospels. The packaging and distribution of the palliative items which were devoid of any form of branding or traces and publicity gave out the donor as a humble and silent achiever who is interested in the dignity of his beneficiaries; and not in vainglory. This breed of people are very scarce, especially among the youths.

It is hoped that in the coming days, Okey Elechi's gesture will stimulate other comfortable members of the society to intervene in the plights of the less-privileged in this period of great trial.