Blacks Hate Each Other More Than The Way Hitler Hated Us! 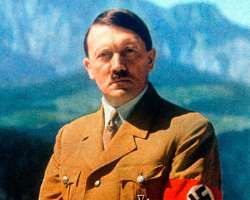 In 1933, Adolf Hitler came to power, having been elected by 17.2 million Germans- the biggest democratic turnout of its time, while demonising their opposition, telling lies of equality and workers’ rights without guarantees. Hitler did not start killing people instantly, but when he began, he did not want to stop. Apart from the Jews, blacks were among the groups that were not only killed, but sterilised if left to live. In Hitler's Germany, disabled and black people were collected in the back of vans and had gas dropped in with them. However, if the disabled or black person opted for sterilisation, they could not reproduce and share their deformation with the rest of the gene pool in society.

The 1935 Nuremberg laws prohibited marriages between Jews and other Germans. These were later amended to include black people and Roma in the same category as Jews. Black children could be removed out of schools, merely for just being black. Kids and adults could call them monkeys’ on streets, and the world didn’t care, because it was happening almost in all large nations.

A visit to the Anne Frank museum in Amsterdam includes a very illuminating presentation of just how the Nazis took hold. Hitler only favoured German people, then he only liked certain people who were German, and kept whittling it down, trying to slaughter more and more of them. His initial draw was that he was anti-establishment.

Adolf succeeded in getting away with the killing because Germans were divided. When you have a separated nation, it is possible. The trick is to split up that nation, the deeper the divide, the easier it is to control. Hitler and his top brass were also the new value of media-controlled propaganda.

Having said that, blacks have not learned anything from their suffering in the past. Yes, Jews, too, have not realized in the sense of the way they treat Palestinians- the ongoing theft of Palestinian land and apartheid treatment of Palestinian people, but blacks need a lot to learn:

1.Black people lack solidarity and do not usually like supporting each other’s businesses. A black person would rather buy from an Asian or any other race, than from a fellow black.

2.Black people usually dislike the intelligent ones among them. If you are clever, you create a lot of enemies; people see you as different. Even your government will hate your intelligence, such that if they fail to recruit you, they will either kill you, or make life very miserable for you.

3.Most Black people are not tuned to think beyond level 1 of Maslow’s hierarchy of needs, i.e. air, water, Housing, food, and possibly cars. As soon as someone gets them, they stop thinking anything beyond that- We are not encouraged to save to open factories and big businesses, invest in research, to be more innovative and creative, etc.

4.Most black people hate and find it effortless to murder each other. For instance, I once read a depressing story in a Ugandan newspaper, Bukedde, of one lady working from the USA, who had returned home for a visit, but was murdered by a relative simply because she helps other blood relatives, but not him. There was a genocide in Rwanda in 1990s where Tutsis and Hutus were slaughtering each other, only because of tribalism.How do you murder someone over something they didn't choose to be? The recent attacks by Black South Africans against blacks from other countries, simply because they do not want them in their country. A black person can hate you over something as simple as a Facebook page.

5.Most black people take offence in being corrected, or someone disputing with them. One can make you a life enemy for not agreeing with them politically.

6.Most black people and their govts find it straightforward to brutalize people. Instead of prison camps, as Hitler did, they have ‘safehouses’ where torture is done. There are recordings of these tortures in several African subhuman countries, including Uganda. Recently, I saw pictures of a Ugandan MP, Francis Zaake, with bodily marks of torture, and it was hurting.

Just an aside. I am not asking blacks to discriminate other people basing on race, because we are all human and deserve a society that care, but we should learn to love our own race, push ourselves hard to think beyond the obvious, and be proud of being black. That is why, I think, the 1930s lesson is so important!