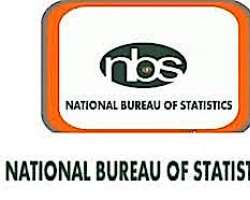 The Prominent Civil Rights Advocacy group-: HUMAN RIGHTS WRITERS ASSOCIATION OF NIGERIA (HURIWA) has described as politically tainted and statistically unreliable, unbelievable, untenable, the latest poverty rate of Nigeria as issued by the National Bureau of Statistics which fixed the current poverty rate at forty percent.

HURIWA in a statement by the National Coordinator Comrade Emmanuel Onwubiko and the National Media Affairs Director Miss Zainab Yusuf said that it was absolutely absurd, the explanation by the National Bureau of Statistics that it adopted a new methodology in reaching the very recent determination of the estimated percentage of Nigerians that are poor in which case the percentage of poor people in Nigeria in 2012 was now higher than the just released statistical data even when it is clear that poverty has grown exponentially and geometrically even by the admissions of President Muhammadu Buhari who stated last year that based on intelligence made available to him that there are 100 million poor Nigerians.

HURIWA stated that it is only political statistics that can magically reduce the percentage of poor Nigerians from what it told the nation years back long before Nigeria became the POVERTY CAPITAL OF THE WORLD thus overtaking India in 2019 just as the Rights group said nobody needs a statistician to conjure up a magical percentage of the poor that is diametrically opposed to the realities on the ground.

"How come in 2012, the population of the poor in Nigeria statistically stood at over sixty one percent as rated by the National Bureau of Statistics at that time that Nigeria is not so much hobbled by massive poverty to a level of becoming the POVERTY CAPITAL of the World and now that even President Muhammadu Buhari stated that there were 100 million poor people in Nigeria only last year only for the National Bureau of Statistics to sit in the air conditioned offices in the Central Business district in Abuja and in what could be the greatest fallacy of the twenty first century to state that the nation now has only forty percent of poor people amongst the population of 200 million?

HURIWA recalled that the National Bureau of Statistics had in 2012 stated that Poverty has risen in Nigeria, with almost 100 million people living on less than a $1 (£0.63) a day, despite economic growth, statistics have shown.

HURIWA which cited a news report by the British Broadcasting corporation as stating that the National Bureau of Statistics said 60.9% of Nigerians in 2010 were living in "absolute poverty" - this figure had risen from 54.7% in 2004.

HURIWA recalled that the bureau predicted this rising trend was likely to continue even as the report, stated that absolute poverty is measured by the number of people who can afford only the bare essentials of shelter, food and clothing.

The NBS, a government agency, said there was a paradox at the heart of Nigeria as the economy was going from strength to strength, mainly because of oil production - yet Nigerians were getting poorer.

HURIWA quoted the NBS as saying in 2012 thus: "Despite the fact that the Nigerian economy is growing, the proportion of Nigerians living in poverty is increasing every year, although it declined between 1985 and 1992, and between 1996 and 2004,".

HURIWA recalled that the NBS said in 2012 that relative poverty was most apparent in the north of the country, with Sokoto state's poverty rate the highest at 86.4%.

In the north-west and north-east of the country poverty rates were recorded at 77.7% and 76.3% respectively, compared to the south-west at 59.1%.

HURIWA however dismissed the latest report that only forty percent of people in Nigeria live in poverty, figures published by the statistics office on Monday showed, highlighting the low levels of wealth in a country that has Africa's biggest economy.

HURIWA recalled that the National Bureau of Statistics (NBS), in a report about poverty and inequality from September 2018 to October 2019, said 40% of people in the continent's most populous country lived below its poverty line of 137,430 naira ($381.75) per year. It said that represents 82.9 million people.

HURIWA CONDEMNS the report as empirically unrealistic and at best is politically tainted statistics since even the same agency had previously stated that the POVERTY RATE was high in Nigeria and from all available evidence in the public domain the POVERTY RATE is widening even as unemployment has reached an alarming dimensions with hundreds of companies folding up due to lack of the enabling environment for productivity.